A review of RECON’s overall performance commends the project for producing high-quality research that is of great importance for present-day Europe. It is ‘recommended that the empirical findings and the theory developed within RECON be made standard knowledge in textbooks on Europe’. 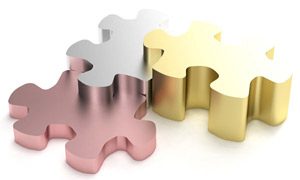 The project has been evaluated by three external academics, who have written a strikingly positive final review report. In their view, RECON’s output ‘goes far beyond the state of the art’ and also ‘far beyond what is expected of a “normal research project”’. ‘RECON is one of the few projects which have produced not only new empirical knowledge but also a new way of looking into the problematic of the democratic organization of the society emerging in Europe. Thus it has contributed equally to the debate on the institutional design of democracy in present-day Europe and to provoking public debate on how to strengthen a democratic Europe by developing further the link between political institutions and the people.’ According to the report, RECON has succeeded in producing ‘an optimal result’, and ‘it is recommended that the empirical findings and the theory developed within RECON be made standard knowledge in textbooks on Europe’.

The report further states that RECON has ‘succeeded in formulating a new political theory of democracy which goes beyond the classic debates between intergovernmentalists and integrationists’. ‘Equally important [is] the proposal of the core elements of a model of regional post-national democracy, which implies the establishment of a supranational government.’ RECON’s theoretical framework ‘has proven to be a highly effective and innovative framework within which the partners could orient their own empirical activities and develop partial aspects of the mechanisms and processes shaping the making of democracy in Europe as a political community’.

The scientific and technical management of the project is considered to have performed ‘extremely well’ and been ‘highly efficient’. RECON is praised for integrating ‘the contributions of a considerable number of scholars across various countries and disciplines around the “RECON Models” which have successfully structured the empirical research across the selected fields’. ‘In sum, RECON’s results are the best witness of a very good and effective collaboration among the participants.’

An effect on public debates

As a project with ‘a significant use potential, given the richness and versatility of the topics dealt with and the amount of research produced’, RECON’s efforts to reach out beyond the research community are highlighted as ‘very impressive’ and ‘developed and realised in an expert way’. In this regard, the evaluators point in particular to the pamphlet Reconstituting Democracy in Europe: Snapshots of findings, where RECON research policy recommendations are stated, but also to publications ‘ranging from highly academic to easy reading forms guaranteeing broader resonance beyond academia. Effects on public debates are expected to be commentated and mediated by intellectuals and commentators due to the provocative nature of the model by which the democratic quality of the EU is assessed’.

Finally, the review states that the ‘progress on the Gender Action Plan (GAP) has been phenomenal from the point of view of the involvement of women in RECON’s activities, the prominence of gender aspects of the research undertaken, and the results which have been achieved with regard to gender equality’. The Gender Assessment Panel established by RECON to monitor the GAP ‘is an exemplary solution and should be recommended for implementation in other projects.’ The Panel’s ‘conclusions go well beyond the RECON project and could be recommended for consideration of policymakers: 1. Significant differences in salaries between women and men were found, in favor of men. 2. A high percentage of RECON partner institutions do not have instruments to promote gender balance.’

RECON was supported by the European Commission’s Sixth Framework Programme for Research as one of the largest Integrated Projects within the thematic priority ‘Citizens and governance in a knowledge-based society’.