How to strengthen democracy in the EU was the key question of the RECON open-for-all outreach conference. The conference presented key findings from the 5-year long research project. 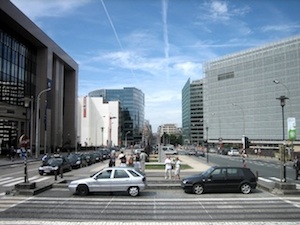 RECON's outreach conference 'Where is European democracy heading?' presented key findings from the 5-year long research project, which focused on the conditions for democracy in the multilevel constellation that makes up the EU.

The key question is how to strengthen democracy in the EU. The findings are of great relevance for the ongoing process of reforming European and national institutions.

Some of the main questions posed by the RECON project will be sought answered by presenting findings from the extensive research that has been conducted by the project:

The conference was open to the public and reached 129 registered participants.