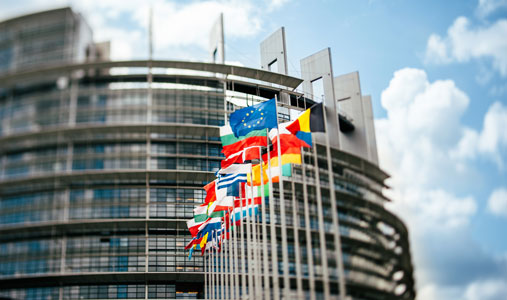 The European Parliament in Strasbourg (colourbox.com)

EU3D is an EU-funded international research project coordinated by Prof. John Erik Fossum at ARENA. It brings together eight universities and two think tanks based in ten European countries.

The starting point for EU3D is an increasingly differentiated European political order. There is more uncertainty about the EU's future development, not only because of Britain's decision to leave the Union, but also surrounding the EU’s ability to undergo necessary reforms after the financial crisis and other recent crises. It is widely recognised that the EU that emerged from the crises is more differentiated, but it is not clear if differentiation is part of the problem or part of the solution. All political systems are differentiated, but the EU is distinct in the way it is structured, and in the way in which the process of integration is structured and conducted.

EU3D’s main objective is to develop a theory of differentiation that specifies the conditions under which differentiation is politically acceptable, institutionally sustainable and democratically legitimate, and the conditions under which it is not, for example when conditions of dominance prevail. EU3D does that through comprehensive analyses of the multilevel EU’s institutional and constitutional make-up across a range of policy areas. The project aims to provide research-based recommendations pertaining to the political reforms that the EU can and should opt for.

Funded by the European Union