Fleeing the Eurocrisis: a survey of Southern Europeans in Norway

Tell us about your experience, take a five-minute survey today! 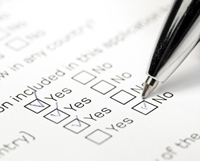 As part of the project 'The European crisis and the citizens', funded by the Norwegian Ministry of Foreign Affairs, a survey has been created to allow for direct input from labour migrants to Norway.

In addition to data from the survey, interviews with policy makers in Norway and at the EU level as well as with NGOs, and a media analysis, will contribute to the analyses undertaken within the project.

The project findings will be presented at an open seminar in Oslo in December 2013.

The project findings will shed light on how Norway emerges as an EU partner in everyday life experiences. Attitudes and policies among NGO and government agencies towards EU migrants will be evidenciated, and perceptions of the European 'other' in Norwegian public discourse as well as perceptions of Norway/Norwegians as the 'European other' by those who move here will be analysed.

The Foreign Ministry will be informed about the project findings, and you as EU labour migrant in Norway may thus have the possibility to contribute directly to policy-shaping on this issue through your participation in this project.

Are you an EU migrant in Norway? Take the survey

For any questions, please contact Helga Rognstad at helga.rognstad@arena.uio.no