No longer a 'paper tiger'? The EU in European security

Together with Partnerforum, Helene Sjursen organised an event about the EU as a security actor in light of the war in Ukraine. 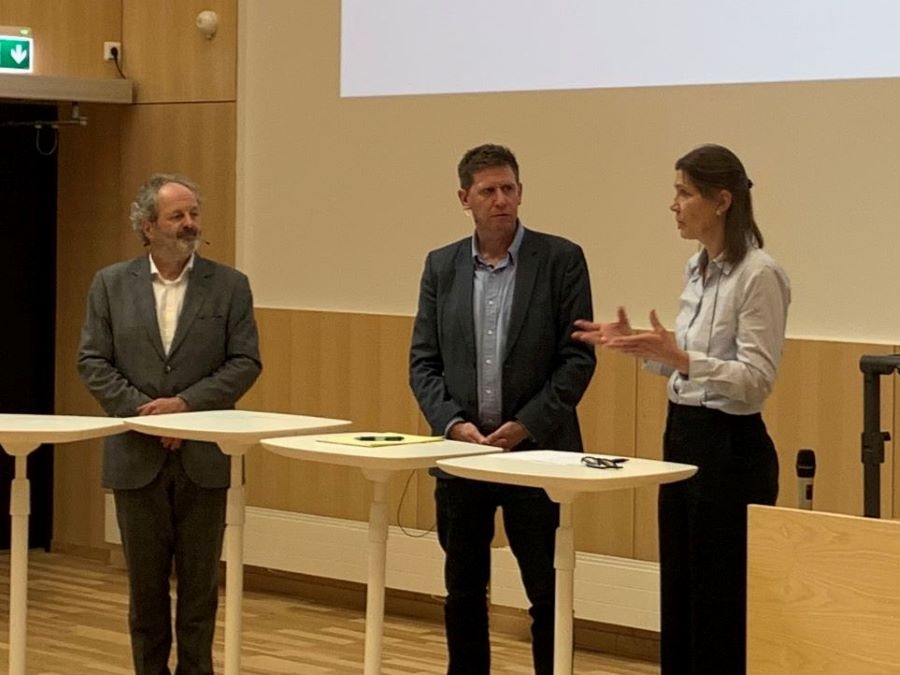 Helene Sjursen co-organised the event 'EU som sikkerhetspolitisk aktør' on 23 May 2022. The event addressed the issue of the EU's role in international security following the war in Ukraine.

The event benefited from speakers from both academia and politics. In addition to Helene Sjursen, the speakers were Eivind vad Petersson (State Secretary for Foreign Affairs), Ian Manners (Lund University), Katariina Mustasilta (Finnish Institute of International Affairs) and Ine Eriksen Søreide (chair of the Standing Committee on Foreign Affairs and Defence of the Norwegian Parliament).

The presenters discussed the significance of the accelerated development of the EU as a security actor, with a particular emphasis on perspectives from the Nordic states. Mustasilta discussed the Finnish perspective of the EU's role in international security in light of the war in Ukraine. Vad Petersson addressed the continuous importance of NATO as well as the Norwegian interest of closer security cooperation with the EU. Søreide further elaborated on Norway's cooperation with the EU on security policy.

Sjursen highlighted that while the EU has traditionally been seen as a 'paper tiger' -  lacking the resources and political will to be a credible security actor - its response to the war in Ukraine has been more united, effective and proactive than often expected. Additionally, Manners addressed the difficulty of being on the side lines of decision-making in EU security policy, as illustrated by the Danish opt-outs.

More information about the event can be found here. A recording will also be made available by Partnerforum.