The rule of law crisis in Poland

'Democracy is at stake for people in Poland, but the non-democratic process could also become an existential threat for the entire EU', says Adam Bodnar, former Polish Ombudsman for Citizen Rights. Bodnar will hold the ARENA lecture on 11 November. 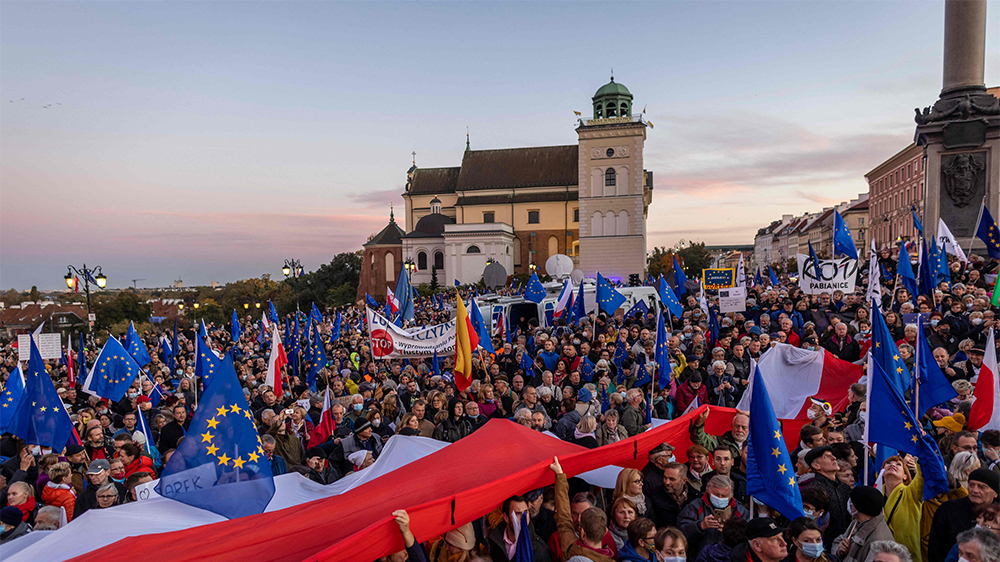 In October 2021, protesters in Poland took to the streets to protest the Polish Constitutional Tribunal’s ruling against primacy of EU law  (Photo: Wojtek RADWANSKI / AFP)

Adam Bodnar is a lawyer and former Polish Ombudsman for Citizen Rights. On 11 November, he will speak about the current rule of law crisis in Poland at the 2021 ARENA lecture. Through a number of judicial reforms over the last few years, the Polish government has gained influence over the judicial branch, challenging the separation of powers. These developments have led to a rule of law battle between the Polish government and the European Union. We talked to Adam Bodnar about the situation in Poland and what's at stake.

Want to attend the event? Visit the event website for more information about the ARENA lecture.

What is at stake for people in Poland and for the EU as a whole?

'Democracy is at stake for people in Poland, but the continuation of a non-democratic process could become an existential threat for the entire EU. The EU is a community based on law and cannot operate properly with states undermining basic rule of law values. The non-democratic disease should also not spread to other EU Member States.'

As a former Polish Ombudsman, and as a lawyer, what are the most concerning aspects of the recent developments we see in Poland?

'The most important development is a threat to the rule of law, especially to judicial independence. But we should remember that rule of law crisis has impact on protection of specific rights, such as women rights, LGBT+ rights or protection of migrants and refugees.' 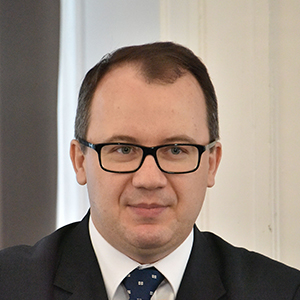 What has the EU response to the developments in Poland been so far?

'The EU response was both legal and political. I believe that especially infringement measures were effective. But even the best measures cannot be adequate when the Member State refuses to comply with the binding judgements of the CJEU.'

Should it have been any different?

'I think that the European Commission should have more imagination in predicting developments affecting rule of law situation in Poland. For example, it took too much time for the Commission to react to so-called “muzzle law” silencing Polish judges. In meantime, the process of negative changes continued.'

Why should regular EU citizens be concerned with the current ordeal between Poland and the EU?

'Already now the rule of law crisis affects the judicial cooperation between the EU Member States, but also those that participate in methods of legal cooperation based on mutual trust (such as Norway). Please note that just a couple of days ago the district court in Vestfold refused to surrender a Polish citizen on the basis of the European Arrest Warrant, due to lack of trust to independence of Polish courts.'

Norway has close ties with Poland, especially with its citizens of whom many work in Norway. What should and can the Norwegian government do to call on its Polish counterpart?

'Norway should continuously express its deep concern with the rule of law situation in Poland. It should also support Polish independent judges and prosecutors, as well as civil society. We live in times of shrinking space for freedom of speech and association. Therefore, any such support is of crucial value.'