'Without the rule of law, the EU may collapse'

'The non-democratic disease may spread', said Adam Bodnar, former Polish Ombudsman for Citizen Rights at the 2021 ARENA-lecture. He underlined that the Polish lesson to Europe is to ensure independent institutions. 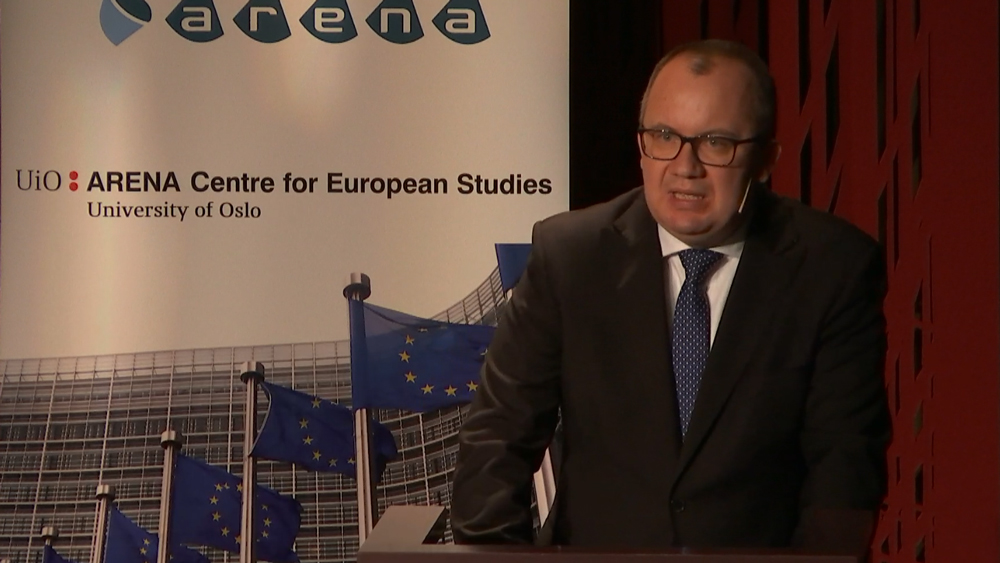 Adam Bodnar held the 2021 ARENA lecture at the Oslo House of Literature on 11 November, which was titled ‘Towards “Polexit”? The rule of law crisis in Poland and the existential crisis of the European Union’.

Bodnar, who was ousted from his role as Ombudsman in Poland earlier this year, shared his unique perspective on the rule of law crisis in Poland and the recent developments in the country. Bodnar spoke about the EU and Norway’s reaction to the non-democratic developments in Poland, and asked what can be done when a country simply does not respect the rules of the game.

Bodnar argued that the Polish case shows how vulnerable our judiciaries are to national populist threats. His clear message to European states was to take special care for independent institutions – even if they are not currently suffering.

‘Upon non-democratic pressure and national populism, their independence may fall’, said Bodnar.

Further, Bodnar underlined that the EU is based on democracy, human rights and the rule of law. More importantly, the entire European project is based on community of laws, and the EU cannot allow for one of its members to undermine this.

Read the full speech: ‘Towards “Polexit”? The rule of law crisis in Poland and the existential crisis of the European Union’.

The ARENA lecture is a long-standing tradition at the University of Oslo. In this lecture series, ARENA invites politicians and other influential persons to hold an open lecture on a topic that is both of academic and public interest.
E-mail this page