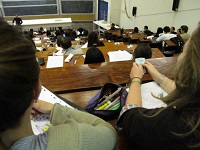 An enduring tension in systemic integration in public sector governance has featured the relations between state and its agencies and organizations devoted to specific tasks. Thus periods of greater leeway to sub-systemic organizational autonomy have intertwined with periods of contraction and stronger central control, and vice versa. A recent example is the wave of so-called post New Public Management reforms that have followed NPM reforms. The rationale underpinning NPM reforms has been granting increasing autonomy to agencies and organizations in order for them to become strategic actors in a quasi-market. However, as such reforms have not produced the desired outcomes – coordination through competition – states have re-introduced more control, for instance by establishing accountability systems.

In a similar way the university sector has undergone major changes in coordination modes and systemic governance over the last decades. However dynamics of change in the university sector can be considered unique. On the one hand the university is an institution that is an organization with intrinsic values and norms historically recognized by society; on the other hand EU has focused on universities as major actors in the construction of the Europe of Knowledge. Hence the question 'how do reforms play out when it comes to university structures, cultures and values embedded in national and European systems?' has been addressed both at the European Consortium for Political Research (ECPR) general conference in Bordeaux, France, in the panel State-university relationships at times of crisis within the Europe of Knowledge section and at the Consortium of Higher Education Researchers (CHER) general annual conference in Lausanne, Switzerland.

The impact of university reforms

Investigating the implications of the changing university governance for system integration, Fumasoli, Gornitzka and Maassen at ECPR propose four perspectives based on Olsen’s steering models (1988) as analytical devices. Centralized integration implies a core function for the state, which organizes hierarchically the delegation of tasks to subordinate agencies and organizations. Negotiated integration is the result of power dynamics whereby different groups bargain their role and position. Competitive integration is based on market forces and implies an evolutionary perspective through variation, selection and retention. Institutional integration sees adaptation by the different components of the system through learning processes based on the principle of appropriateness. In the framework of the European Flagship Universities project, funded by the Research Council of Norway and coordinated by ARENA, the preliminary findings on eleven European flagship universities show that the impact of reforms depends on how these match with and are absorbed by existing cultures, practices and institutional identities. Against this backdrop universities emerge as major actors in systemic governance: they connect with both national and European levels testing their own remit and room to manoeuver. At the same time research groups display strategic agency and pursue their own interests not necessarily aligning to European and national policy goals.

Exploring the impact of European policies and instruments within Norwegian universities in the construction of European Research Area (ERA), Fumasoli at CHER reported how this has been historically fragmented, based on non-legal instruments and voluntary participation as well as framed by path dependency at national, university and disciplinary levels. Nevertheless some degree of integration can be detected as ERA has become part of the European agenda, displaying capacity for pursuing integrative agendas (e.g. European Higher Education Area EHEA). More recently supranational institution building has taken place with the construction of the European Research Council (ERC) and the European Institute of Innovation and Technology (EIT). Last but not least, structural adaptations within universities can be detected as an attempt to cope with European funding instruments (support units for handling applications to, management of European projects as well as incentives to successful applicants, see also Langfeldt, Gødo, Gornitzka and Kaloudis 2012).

The emergence of elite professors

Elite professors – coordinating European projects and grants – emerge: they are able to determine research priorities, they are allocated increasing material and symbolic resources by institutional leadership and they can negotiate their teaching load. Competing logics are at play: an academic logic balancing teaching and research missions, a competitive logic awarding high performers and a strategic logic where academic leaders try to comply with broader organizational goals. These dynamics at the shop floor level have relevant implications for European integration: the density and intensity of linkages to the EU is affected by academics (senior professors leading research groups) and by the extent to which these are willing to participate in European projects. Along this line interdependence and structural connectedness among the components of the system are still loose and potentially idiosyncratic, as they also depend on individuals and on shifting research interests, groups and activities. At the same time EU policies and instruments (ERC in particular) contribute to the diffusion of new values and norms within universities: the competitive rationale is penetrating the shop floor and challenging the traditional egalitarian principle of Norwegian society.

Persson at ECPR discussed the topic of institutional autonomy focusing on the relation between universities and national funding agencies in Sweden. He analyzed how reforms granting institutional autonomy to universities have affected the traditional work of such agencies: formally policy driven, but substantially performing (i.e. distributing funds) according to scientific criteria, funding agencies have to cope with renewed political interest and the emerging strategic objectives of universities.

Distinctive national cases were presented at ECPR in the broader context of Europe and its call for efficient, effective, competitive higher education systems. Moscati and Vaira presented the Italian case accounting for fragmented and contradictory stop-and-go reforms of a centralized system over the last 20 years. Udrescu explained the difficulties of achieving a balance between university autonomy and state control in post-communist countries (Romania). Finally Degn and Sørensen depicted Denmark as a case of “successful” reforms, where in the last ten years the national system has transformed universities according to NPM principles and successively established external control institutions.

The papers presented at ECPR and CHER show how universities and their sub-units have to be taken into consideration when analysing European integration processes. Past reforms have granted universities a higher degree of autonomy constructing them as strategic actors, able to play their own role in the system. Increased autonomy has had unintended outcomes: academics and their research groups are also able to pursue their own agenda, thus contributing to the complexity of systemic dynamics and integration processes.

This blog post was first published on the blog for UACES's collaborative research network on the European Research Area, with the title 'System integration and institutional autonomy in research and higher education: dynamics of change at European, national and university levels', 15 September 2013.

By Tatiana Fumasoli
E-mail this page