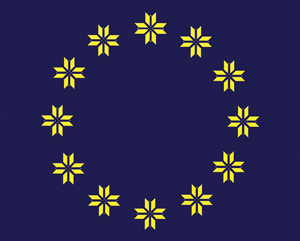 The relevance of 'The Norwegian paradox' is illustrated by Norway's potential participation in the EU's system of financial supervision (Illustration: Universitetsforlaget)

– The euro crisis has weakened democracy, John Erik Fossum states. Together with Erik O. Eriksen, he has led the project The Norwegian Constitution in a Changing European Context, funded by the Norwegian Research Council at the occasion of Norway’s 2014 Constitutional Bicentenary. The conference ‘Democratic Constitutionalism in Europe’ marks the project's conclusion.

In response to the euro crisis, power has been transferred to agencies and authorities exempt from democratic control. The EU’s framework of financial supervision is one such example, Fossum explains. He refers to the European Securities and Markets Authority (ESMA), the European Banking Authority (EBA), and the European Insurance and Occupational Pensions Authority (EIOPA).

The two ARENA professors emphasize that this development also has consequences for Norway. The government recently agreed with the EU and the EEA-EFTA countries to incorporate the supervisory authorities into the EEA agreement. Subject to approval by the parliament, Norway’s participation in this area is the latest example of the country’s extensive EU integration – despite not being a member.

Earlier this year ARENA researchers released a book on Norway’s EU affiliation entitled 'The Norwegian paradox', which looks at the democratic implications of this affiliation. The book stems from ARENA’s constitution project and concludes that the EEA agreement in practice overrides much of the Constitution.

President of the Norwegian Parliament, Olemic Thommessen will open the event at the University Library on Blindern campus.

Fossum is proud to present an exciting programme and mentions in particular Oxford professor Kalypso Nicolaïdis, who participated in a wise group nominated by the European Council to reflect on Europe's challenges towards 2030, and German law professor Christian Joerges, who will shed light on the EU's legal status in light of the crisis.

The session 'Is the EU the only game in town?' is devoted to discussing the actual options available to European states. State Secretary to the Minister of EU/EEA affairs, Ingvil Næss Stub, will introduce. – We do hope that Norwegian authorities will give us their perspective on the current democratic challenges, Fossum says.

– His perspective should be of particular interest to a Norwegian audience, as their EU affiliation is often promoted as a model for Norway.

In the evening, ARENA has invited a panel of Scandinavian parliamentarians to discuss today's Europe and the countries' EU affiliations. This open debate at the House of Literature will be in Norwegian. 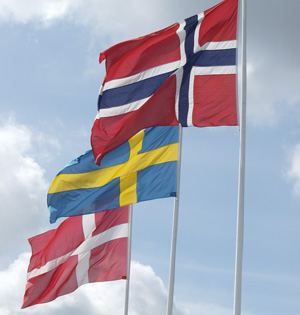 Former Danish diplomat Poul Skytte Christoffersen, who has a decades-long experience from various EU institutions in Brussels, will open this debate. He was responsible for establishing the European External Action Service and played a key role during the Danish presidency which in 2002 concluded the negotiations on the EU enlargement to ten new member states.

When he retired in August, he critisized Danish politicians for being evasive when discussing the Danish opt-outs.

– What can then be said about Norwegian politicians? Eriksen wonders.

He and Fossum hope to see a large audience on 4 November.

– Both events are open to everyone and will deal with important and highly relevant issues for the development of democracy in Norway and in Europe.

Debate: EU and the constitutions – in Norwegian
Litteraturhuset, 18-20

The EU and the Norwegian paradox: Bicentennial celebration with an aftertaste