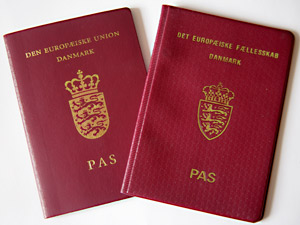 In his book, Olsen recounts and analyses the trajectory of different notions of citizenship in the EU.

One of the early unifying themes of European integration was the fight against the ‘excesses of nationalism’ that plagued Europe in the first half of the twentieth century.  In many ways, the debate on citizenship reflects the political struggle over different visions for the European project. These have mainly been divided over the place of domestic politics and the ‘nation’ in European integration.  Is citizenship in the EU  based on national citizenship; part of a post-national project, transforming modern citizenship and eventually forming a single European demos; or something ‘in-between’ focused on nationality as well as rights that do not stop at national borders?

Olsen argues that European citizenship is indeed transnational; it is based mainly on free movement rights and a nationality principle for the access to European rights. Despite increasingly complex multilevel and international configurations of rights and membership, citizenship in Europe remains tied to established political communities.

Citizenship is a foundational building block of modern political communities. It is as member of a political unit citizens are granted rights and can participate politically. Citizenship is also an important part of peoples’ identity, as it demarcates ‘us’ from ‘them’.

In the EU, citizenship was formally institutionalised by the Maastricht Treaty of 1992. This process is central, as this was the first instance where the concept of citizenship was explicitly addressed and debated by all the main EU institutions and member state governments.

But as Olsen retells the story of the concept throughout European history, he argues that the concept has been a part of the debate since before then.

The history of a concept

In the first two decades of European integration citizenship was not an explicitly used concept in EU politics. Yet, the rights and a notion of participation linked to free movement and nondiscrimination based on nationality became foundational principles of the European project; and a template for later conceptions of and debates on European citizenship. 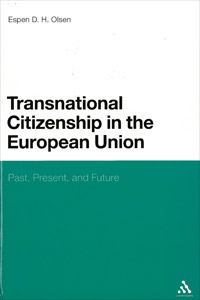 Espen D. H. Olsen shows how the notion of citizenship has been part of a struggle of ideas of the European Union.

As a result of the debates on a political union in the 70s, voting rights in European elections was a major innovation, but other reform efforts remained largely within the transnational frame.

Then, during the constitution-making efforts of the Spinelli Project, European politicians for the first time linked citizenship and constitution in the framing of European integration, favoring a political conception of citizenship based on active participation. Yet, this was also based on nationality in terms of membership.

Later, in the efforts of reviving integration during the first major revision of the Treaty framework, the Single European Act, European institutions cemented a notion of the transnational market citizen, which had in fact been in the making since the first treaties.

Through the debates in the aftermath of Maastricht and the Danish ‘no’, and through the explicit constitution-making, Olsen argues the resilience of nationality as one of European citizenship’s founding principles, and that transnational conceptions prevailed in the final instance also in EU constitution-making.

A solid institution on shaky ground

As Europe is struggling with economic crisis, Olsen argues that it might be the everyday management of policies, not broad discussion on visions of the EU that will be central for the European political elite in the future. But at the same time, the legal elite continues to push a cosmopolitan agenda, as evidenced by the ‘wide’ integrationist road taken by the European Court of Justice in recent case law.

The transnational core of European citizenship requires a minimum of solidarity between member states and its citizenries, Olsen argues. We might see more examples of states on the ‘receiving end’ of the mobility space that is created acting to renationalize control over its borders, as was the case with the Danish suspension of free movement in the Schengen agreement.

Citizenship in the EU was an optimistic project from the beginning and we have yet to see fundamental opposition to it, but it can be said to be a solid institution on shaky ground, Olsen concludes.