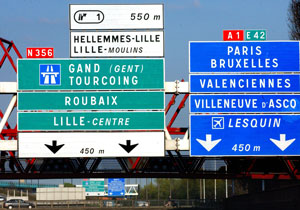 See a photo gallery from the event here.

A second RECON outreach conference will be held in Oslo 24 November.