Heike Klüver presents the paper 'The effect of social influencers on electoral outcomes: Evidence from a natural experiment' at the ARENA Tuesday seminar on 7 December 2021. 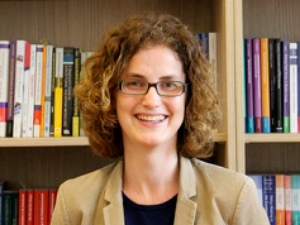 Abstract: Do social influencers affect election outcomes? Through social media platforms such as Facebook, YouTube and Instagram, social influencers can reach millions of people turning them into important opinion leaders in their respective societies. However, research on social influencers is scarce and so far largely limited to marketing research. In this paper, I will therefore address this shortcoming in the literature by analyzing the effect of social media influencers on electoral outcomes. Empirically, I will exploit a natural experiment that occurred during the 2019 European election campaign. 6 days before the 2019 EP election, the German social influencer and YouTube comedian Rezo published a video in which he severely attacks the Christian Democratic Union (CDU) that was watched by over 15 million users. I will identify the causal effect of the Rezo video on the election outcome by relying on a differences-in-differences analysis. More specifically, I will compare the vote share for the CDU/CSU among postal votes that are typically cast a number of days before the election (control group) and in-person votes (treatment group) since only the latter have been exposed to the video. The results of this study have major implications for our understanding of the relationship between social media, electoral competition and political representation.

The paper will be published shortly.

Heike Klüver is Professor and Chair of Comparative Political Behavior at the Humboldt-Universität zu Berlin.