Robert Kissack from Institut Barcelona d'Estudis Internacionals (IBEI) will present the paper 'Normative contestation in an era of declining liberal hegemony' at the ARENA Tuesday Seminar on 15 September 2020. 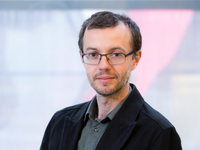 While the study of norm diffusion propelled constructivist theorising into the mainstream of the IR discipline, retrospection has highlighted how the reliance on positivist epistemological assumptions about norm stability denied norm addressees their agency to re-interpret norm meaning relational to their social context. In recent years, ‘critical constructivists’ have recognised this inconsistency by studying norm contestation as a phenomenon in its own right, rather than merely as a manifestation of failed norm internalisation. Within this literature a number of claims are made about how contestation impacts on the robustness of a norm, by clarifying its application, challenging its validity or increasing the legitimacy of institutional structures promoting it. This paper surveys the literature to understand an empirical puzzle identified in the on-going discussions across the UN system about the use of the death penalty in relation to human rights promotion and international legal obligations. Specifically, the case study centres on how an attempt to discredit the validity of treating the death penalty as a human rights issue resulted in the opposite outcome than expected, increasing support for the resolution in opposition to expectations. The paper adapts frame alignment theory from political sociology, initially intended to categorise ‘various interactive and communicative processes’ (Snow et al. 1986: 464) that shape how actors become aligned with a particular ideational position. It classifies normative arguments by retentionist and abolitionist states in the UN General Assembly, Human Rights Council and Human Rights Committee between 2007 and 2019 into bridging, amplification, extension and transformation to more accurately understand the process of contestation over time. It finds that contestation over norm validity did not weaken robustness but instead increase legitimacy. It concludes with the important finding that norms associated with liberal values will not necessarily weaken as the influence of Western states decreases, provided recognition of pluralism is granted.