Simona Piattoni presents the paper 'Convergence towards a single economic model? Italy and Germany in the interconnected euro system' on 18 February at ARENA. 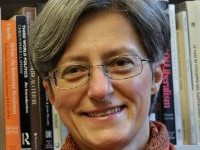 Structural reforms have failed to bring about convergence in the Eurozone. This argument is made here by comparing two countries – Italy and Germany – assumed to embody contrasting economic models. Three main points are made in the paper. First, the generalisation of the macroeconomic strategy of the northern countries threatens to undermine political support for European integration, as the disparities it engenders drive the electoral successes of Eurosceptic parties. Second, Italian performance does not display the traits commonly associated with the southern European syndrome. Third, Italy’s core economic problem – its persistently low GDP and productivity growth – is due to its prolonged efforts to reduce a public debt which originated in the 1970s and 1980s. The paper argues for the need to return to a macroeconomic analysis, as opposed to the focus on the microeconomic issue of competitiveness, and for the need to consider other policies in addition to the completion of the banking, financial and fiscal unions.

Professor Simona Piattoni is Professor at the Department for Sociology and Social Research at the University of Trento, and a research professor on the EU3D project at ARENA.