Richard Bellamy presents the paper 'Differentiated integration as a fair scheme of cooperation' on 11 February at ARENA. 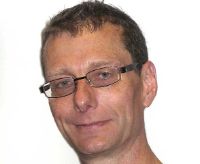 Differentiated integration (DI) in the EU has at least two appeals. Pragmatically, it helps European integration to proceed by both widening and deepening. Normatively, it allows divergent national capacities and preferences to be accommodated. However, the growing acceptance that the EU’s future may lie in more institutional diversity leaves unanswered the question of the conditions under which DI could be accepted as a fair scheme of cooperation. This paper outlines the two main normative approaches to international fairness, statism and cosmopolitanism, along with their competing accounts of the EU and of substantive and procedural fairness in the institutional design of DI.

The paper argues that despite certain conflicts, these two accounts can and should be combined. Although statists favour a greater degree of DI than cosmopolitans, cosmopolitanism can accommodate more DI than might be assumed. Drawing on a third approach, demoi-cracy, that aspires to combine the two, we suggest that DI that is substantively and procedurally fair from a statist perspective is acceptable so long as it is consistent with the more limited, yet core, cosmopolitan rights of individual European citizens.It is important to understand the different notions of fairness involved in different designs of DI because a fair design in DI can contribute to a greater acceptance of the EU rather than create additional divisions.

Richard Bellamy is Professor of Political Science at University College London and Visiting Professor at the University of Exeter. He was the Director of the Max Weber Programme at the European University Institute from 2014-19.