Fabio Wolkenstein presents the paper 'A Democratic Theory of Growth Regimes' on 26 November at ARENA. 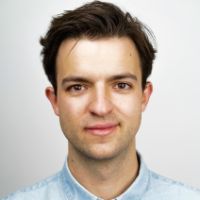 Capitalism is based on growth. Growth can be achieved in multiple ways, and over time the main ways in which growth is promoted in developed economies have changed. Combining insights from comparative political economy and democratic theory, this paper seeks to trace how citizens’ capacity to shape the economic, social and regulatory policies that governments implement in pursuit of economic growth – in short, growth regimes – has changed in tandem with the major political and economic developments that occurred since the 1950s. The ambition is to provide a synthetic and systematic account of the dynamically evolving relationship between democracy and advanced capitalism. The argument advanced is that the traditional democratic practices through which citizens could collectively shape the organisation of economic growth have become less effective as growth regimes shifted form. This is particularly evident in the case of institutionally mediated practices, such as voting for parties that seek to politically shape capitalism in a particular way, and joining interest-based organisations like trade unions. While the relevant institutions remain in place, their functioning logic has changed significantly over time, eventually weakening the citizens’ positions. Furthermore, the new and unconventional practices of exercising influence that have emerged over time – notably consuming and litigating – prove normatively problematic. Yet, some countervailing tendencies are also observable: the recent appearance of electorally successful parties that organise and articulate economic dissatisfaction signals a revival of the party as an institution that allows citizens to shape capitalist accumulation through the practice of voting in particular.

Dr. Fabio Wolkenstein is an Assistant Professor at the Department of Political Science at Aarhus University and Researcher at the University of Amsterdam.