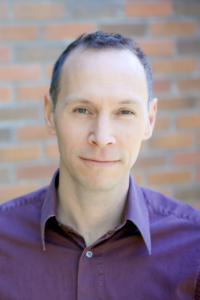 What sort of political economic system has the European Union grown into? Some scholars describe the EU as “Hayekian.” It certainly seems to enshrine Hayek’s normative goals of economic openness and market discipline. Yet Hayekians are ill at ease with the ways in which the EU requires market openness and Eurozone discipline - displaying far more central authority than they tend to endorse. Other scholars approach the EU through the scholarship of Karl Polanyi. Polanyi disliked markets normatively - and would have disliked the EU—but offered an analytical perspective in which markets are fundamentally dependent on central institutional authority. This paper proposes that today’s EU is best understood as a Polanyian path to a Hayekian outcome. Today this combination is often interprted as German ordo-liberalism—a school that indeed links Hayekian normative goals to a strong central state—but EU authority today even exceeds what ordo-liberals recommend. These Polanyian muscles in Hayekian Brussels are a form of ordo-liberalism on steroids.

How did such a system arise? We argue that it reflects a historical institutionalist story of evolving bargains and unintended consequences, stemming most directly from the path dependent interaction of two dynamics across EU history. First, the EU bargaining space has generally pitted Anglo-style neoliberal thinking against French-style dirigisme, with German ordo-liberalism somewhere in the middle. Compromises have combined market-endorsing and state-building features. Second, the interaction of these core principles with progressive enlargement to new members has generated opportunities and demands for more central authority to impose these mixed principles across an increasingly diverse space. Nobody clearly wanted the result: an international organization with more economic authority than most national federations.

The paper is co-authored by Craig Parsons and Matthias Matthijs, presented by Parsons.