Claudio Radaelli presents the paper 'Don't think it is a good idea! A critical analysis of the "ideas school"' on 5 February 2019 at ARENA. 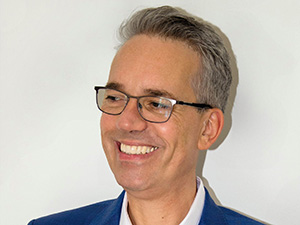 The paper is co-authored with Dr Jonathan Kamkhaji.

Thanks to the so-called ‘ideas school’ in political science, it has now become uncontroversial to claim that ideas matter, or, more precisely, have explanatory leverage in the analysis of policy change. And yet, to make the case for ideational explanations, we must be clear on the nature of ideas, where they come from, what do they consist of, and how they change over time.

Today, the ‘ideas school’ is a model for social scientists because of its explanatory achievements, empirical plasticity and traction across the fields of political economy, comparative politics and policy analysis. With the aim of contributing to further progress, we highlight four critical issues about the nature of ideas, the micro-foundations of the school, the theoretical anchors of ideational explanations, and the difference between ideational and cognitive analysis.

We find that ideas are often evoked, but rarely approached rigorously in terms of micro-foundations. Another problem is that the concept of ideas has been stretched to include a number of concepts and phenomena, to the point that it becomes impossible to provide a finite list of the properties of what is ‘ideational’ and what is not. The third problem is about the identification of explicit, theorized mechanisms – here our review of the ‘ideas school’ point to learning. The fourth problem lies in the dividing line between ideational and cognitive analysis.

We conclude that to make progress with the four issues it is useful to turn to disciplines other than political science (mainly cognitive psychology and behavioral economics). We should cross-fertilize political science’s concepts of ideas with the findings of these disciplines. Ideas as such do not exist in these disciplines. However, these disciplines offer a number of concepts with solid micro-foundations: together, they define the scope for a strong cognitive (albeit not necessarily ideational) approach. This approach resonates with some intuitions put forward by political scientists in the past, but more broadly it points to new pathways to causality once we take micro-foundations and theory seriously.