Solveig Aamodt will present the paper 'The non-state that failed as an international leader: Explaining why the EU largely gave up its global climate governance ambitions' at the ARENA Tuesday Seminar on 11 December 2018. 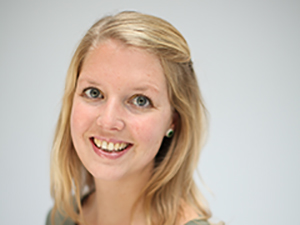 In global climate change politics, the EU negotiates on behalf of its member states. Hence, examination of how the EU fares here can teach us much about the the ability of the EU to be a powerful actor in global politics. In this study, we explain the fundamental changes in the EU positions from 2009 to 2015 with respect to the procedural aspects of global climate collaboration; from being a strong defender of a monecentric international regime, founded on a view of global justice as impartiality, the EU started to promote a polycentric global structure, founded on global justice as mutual recognition. Rather than continuing to oppose the position of the BASIC-countries (Brazil, China, India and South-Africa), the EU aligned to and largely adopted their positions. This can partly be explained by geopolitical changes and shifts in the organization of EU climate diplomacy, but we can not fully understand it without taking cultural-institutional features into account. For many years, the EU aimed to push above its weight in global climate politics, but after the 2009 Copenhagen negotiations it had to accnoweldge that the efforts had failed. Lack of internal unity in EU climate diplomacy, combined with the EUs alien status within the global diplomacy community and the increased diplomatic efforts of key EU member states caused the EU to radically shift position. When key actors failed to recognize the EU as an appropriate actor at the global scene it is hardly surprising that it failed to succeed as a leader. The study pays particular attention to the inter-relationship between BASIC-countries (Brazil, South- Africa, India and China) and the EU, and we draw on extensive document studies as well as qualitative interviews.

This seminar is organised as part of the Horizon 2020 funded project Reconsidering European Contributions to Global Justice.