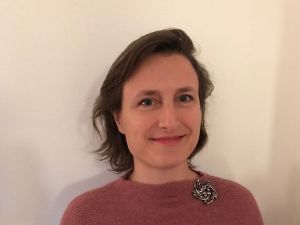 The paper is co-authored by Christilla Roederer-Rynning and Justin Greenwood.

Since the entry into force of the Maastricht Treaty in 1993, the EU has taken more and more policy decisions on the basis of a roughly bicameral system, first known as the co-decision procedure, now the ‘ordinary legislative procedure’. Trilogues developed soon after as a means for the Council, the European Parliament, and the European Commission to make co-decision work in practice, by offering a forum to reconcile legislative positions. Simply put, trilogues are a set of practical arrangements, involving a three-way dialogue (hence trilogue, sometimes trialogue) between the three EU legislative institutions, which facilitates the adoption of legislation by EU lawmakers. Key characteristics of trilogues are that they have no reference in the EU treaties, and they take place in camera, i.e., away from public gaze and attention. When they first emerged, in the mid-1990s, trilogues were confined to a niche in the legislative process, i.e., preparing for the ultimate phase (conciliation) of the still very marginal co-decision procedure. Today, the overwhelming majority of EU legislation is based on agreements. They have become the default form of conflict-resolution in the default legislative procedure.  Not only are they used at all phases of the mainstream ordinary legislative procedure; in addition, following the growing reach of co-decision, trilogues now encompass the whole spectrum of EU legislative affairs, from the most technical issues—its original policy habitat—to the most political issues (Dionigi and Koop, 2017; European Parliament, 2017a; European Parliament 2017b). Trilogues have become the ‘new normal’.

In spite of their salience in the EU lawmaking process, trilogues have long lived a life of modest anonymity.  Recently, however, trilogues have acquired more public salience in a context of growing politicization. Brexit and the crises, which the EU has gone through, have sharpened public attention and euroscepticism and raised demands for more effective public accountability, openness, and transparency in the EU lawmaking process. In the last few years, there has been a steady flow of critical contributions on the topic of trilogues.  In 2015-2016, the European Ombudsman carried out a much publicized investigation into the transparency of trilogues (European Ombudsman, 2016). Criticism has come from a wide range of sources, including the Brussels-based media, NGOs, national parliamentarians (COSAC, 2017). Responding to growing public discontent, the new European Commission under its current president publicly vowed to promote a more ‘political Commission’ while the European Parliament hosted a public panel discussion on trilogue negotiations.[1] Clearly, an era of apparent permissive consensus has come to an end.

In this paper, we explore the political phenomenon of trilogues from a democratic legitimacy perspective.  Legitimacy refers in the broadest sense to a set of beliefs in the well-foundedness of authoritative decisions.  In modern liberal democratic political systems, these beliefs refer to the respect and fulfillment of civil and political liberties, free and fair elections, as well as policy-making institutions securing accountability and efficiency (Dahl, 1971; Huntington, 1969).  Legitimacy is desirable from a functional as well as from a normative perspective, because it enhances the chance that individuals voluntarily comply with collectively-binding decisions and it reduces the need for the exercise of violence, therefore enhancing the sustainability of a regime (Scharpf, 2009).  From this perspective, an exploration of trilogues can take a normative turn or an empirical turn, as Scharpf notes.  We focus mostly on the empirical exploration of this phenomenon, and reserve normative reflections for the concluding discussion.

The starting-point of our inquiry is that we know relatively little about information flows under trilogues, even though this is a critical dimension of the trilogue phemonenon from a democratic legitimacy perspective.  There is a growing scholarly literature on trilogues, most of it combining empirical and normative assessments, with occasional pieces focusing exclusively on the normative dimension (for example Reh, 2012).  While this literature has pinpointed enduring democratic blindspots and paradoxical trends, it has been mostly institution-centered, neglecting the critical question of insider-outsider relations.  This article focuses on information flows across institutional and extra-institutional arenas. Proceeding on the assumption that seclusion is a rarefied state of affairs in modern politics, we conceptualize trilogues as semi-permeable institutions, and we ask: to what extent, and if so, how, does semi-permeability create discrimination among outsiders?

We tackle this question by using a Weberian ideal-type analysis.  The knowledge basis for the analysis comes from a rich and original database of interviews with 76 EU practitioners, roughly equally divided between trilogue ‘insiders’ (who participate in trilogue meetings) and ‘outsiders’, carried out in Brussels from September 2017 to June 2018.  Our study contributes to clarifying the meaning of seclusion and problematizing the relationship between openness and secrecy.  Furthermore, it contributes to the literature on trilogues by showing the value of ideal-type analysis as a way of fleshing out the meaning of political phenomena and generating fecund typologies.  Finally, it contributes to the reflection on the democratic legitimacy of trilogues by paving the way for a more structured discussion of the normative issues involved.