Costanza Margiotta will make a presentation based on her paper 'An Update on Secession as the “Ultimate Right”: for a Liminal Legality' on 6 November 2018 at ARENA. 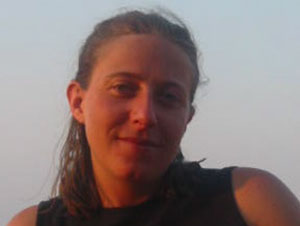 The recent revival of secessionist movements in Europe and elsewhere has definitely given new lifeblood to a long-standing debate, gathering the attention of scholars from all around the world. Secession is a deeply contested issue. The approaches from different normative disciplines vary: morality-ethics, politics, economics (markets, new barriers), law. I will approach it from the law; and within law, one can again distinguish different approaches: International Law, Constitutional Law, Jurisprudence. My analysis will deal with the general theory of law. From a legal-philosophical perspective, the concept of secession has both a conservative and revolutionary nature, which explains many of the problematic interactions between “law and secession” and “democracy and secession” and the difficulties to find which of the existing legal orders (Constitutional/International/European) should govern secession.

Firstly, I will explore the fear of secession in two different contexts: the exit of a member State from EU and the secession of a territorially concentrated group from a member State of the EU. Brexit on the one hand, and Scotland and Catalonia on the other hand, can be treated as two different examples of the reaction of the European institutions to the issue of separation.

Furthermore, I will discuss specifically the tricky relationship between secession and law from the international perspective. From this perspective, secession has proved to be one of the main causes of state proliferation and of borders shifting over the last decades. But, at the same time, the concept of secession does not entail a change in the concepts of State and border. The creation of States is still the goal of secessionist movements. Such forces do not envisage any new or atypical forms of political organisation, they are not against the idea of State, and in fact they want to create a new one. It is from the point of view of external sovereignty, the cornerstone of the international legal order, that secession shows all its destabilizing potential. It represents the most dangerous threat to the stability and preservation (also of borders) which the international community is based on: secessions are not desirable, because they jeopardize world stability.

Instead of being an arbitrary interpretation of exit, secession appears as a complex problem inherent to the relationship between legal and political systems. A problem that has its roots in the very structure of the «right» of secession: uncertain and at the same time largely destructive. Between contemporary rights, this right seems external to the legal system; even if, at the same time, it claims to be conceivable by that same system, if not really to be part of it, and to be still a legal title that can be admit and spent, even if as a last resort, in the international framework. Its function is both external and internal to the dynamics of the “system of states”: secession closes  the curtain of an old equilibrium and opens a new scenario to a new perspective. Therefore, if secession aspires to present itself as a “right”, it can be conceived, in systemic terms, only as the “ultimate right”: the ultimate advantage that can be taken from a system which is left behind and whose existence is at risk. When secession aspires to become a real right, it turns up to be an uncertain and virtually destructive right, a legal source of instability.

A legal theory of secession, therefore, can only admit two issues: the first is, as already said, that if secession aspires to be a right it can only be conceived as the “ultimate right”. The second is that if one can talk of such a thing as legality when referring to secession that can be done only in the terms of a liminal legality: a legality that is located in the border area between the internal and the international legal order. In this sort of “border legality” between legal systems, the element relevant to the international test of the “internal” legality of secession, seems to be the fulfilment of the obligation of the central State to negotiate secession, when resulting from a democratic process.

Costanza Margiotta is Associate Professor in Philosophy and Theory of Law, University of Padova.