Professor Dimitris N. Chryssochoou from Panteion University will present ‘The whole and the parts: the demands of “unity in diversity”’ on 29 August 2017. 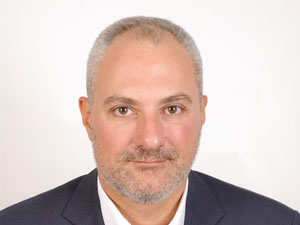 This paper is about ways of reconnecting integration theory to the ‘wider picture’; a demand that was part of integration’s conceptual agenda during the early years, as manifested in the then dominant neofunctionalist projections. Although the European Union (EU) managed to escape the regressive effects of disintegration following the demise of its constitutional ambitions more than a decade ago, its students still lack convergent conceptual frames. The original question, however, remains: what kind of theorizing is needed for developing a sense of the ‘wider picture’? As a possible answer, this paper projects a statecentric imaging of the EU order as an ‘organized synarchy’ based on extensive sovereignty-sharing among the parts. It makes the point that, despite recent changes in the internal workings of the larger polity following the Lisbon Treaty, the EU remains an essentially state-controlled project which preserves a balance between sovereignty and integration, by putting in place a system of political co-determination: a densely institutionalized system of distinctive, yet collectively organized, units. ‘Organized synarchy’ signals a departure from a conception of the EU as a polity ensemble of merely co-ordinated units and towards novel manifestations of co-determined polities within a composite but ordered whole.

Dimitris N. Chryssochoou is Professor of Theory and Institutions of European Integration, Panteion University, Greece, and Honorary University Fellow at the College of Social Sciences and International Studies, University of Exeter, UK.