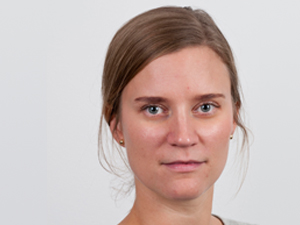 The like-minded member states (the Nordics, the UK, Ireland and the Netherlands) have been the key proponents of the international aid effectiveness agenda, particularly advancing coordination among donors. Yet, when the EU proposed a common European policy on donor coordination, the like-minded were reluctant. How can this resistance to EU integration be explained? Building on a communicative perspective I suggest that the member states had competing views of how to follow the norm of coordination. The like-minded had a qualitatively different opinion than remaining member states of what donor coordination policy should look like. They were concerned about including the recipients in the coordination process and including non-European donors for all to pull in the same direction. Hence, what is often labelled the Eurosceptic attitude of the like-minded was not grounded in scepticism towards ‘more Europe’, but rather a concern for involving recipients in the coordination process. This article contributes to the contemporary debate regarding the influence of norms on policy-makers’ behaviour by showing that the like-minded’s resistance was not a result of member states zealously guarding their national interest but can be ascribed to competing views of appropriateness. Hypotheses of norm-driven action are often dismissed when it is found that norms are not followed consistently. However, norms do not necessarily offer stable guidance or a specific template for policy design, something that is often bracketed out in the literature. Then, in order to achieve a more nuanced understanding of norms’ influence in IR we need to take into account that norms can be contested and interpreted differently. In addition to developing an alternative hypothesis to understanding resistance to integration, the study also contributes with new empirical knowledge in the field of EU development policy, namely the negotiations of the EU’s common policy on donor coordination.

Johanne Døhlie Saltnes' academic interests include the EU's development policy, aid, political dialogue, sanctions and the EU Common Foreign and Security Policy. The topic of her PhD project is norm disputes in the EU's Development policy.