Professor Stefan Rummens from Centre for Ethics, Social and Political Philosophy at KU Leuven presented the paper 'Populism and technocracy as opposite threats to liberal democracy' at the ARENA Tuesday Seminar on 22 November 2016. 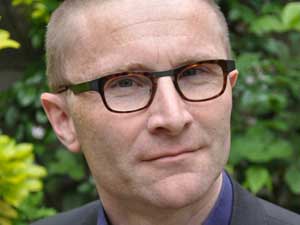 From the perspective of liberal democracy, technocratic governance and populism represent opposite but related threats. Populism operates as an attempt of closure in which the fragmented and open conception of the people as a pluralistic society is being replaced by an imaginary conception of the people as a homogeneous unity. Here, the unity-in-diversity of the dèmos is reduced to a singular identity. Technocratic governance, on the other hand, is a regime in which the unity-in-diversity of the dèmos is increasingly reduced to a pure diversity of citizens who no longer dispose of the electoral means to represent themselves as a unified political community capable of shaping its own destiny. Because of the decentralised nature of our governance networks, power becomes elusive, invisible and citizens no longer know where to look in order to understand who is deciding what on behalf of whom. With the displacement of power away from parliament and government, there is no longer a visible stage with identifiable actors who act on behalf of the people and thereby provide a (fragmented) interpretation of the will of the people.

Populism and technocracy are not simply opposite threats; they also seem trapped in a mutually reinforcing dynamic with liberal democracy caught in the middle. Populists attempt to restore popular control over society in an age of technocratic depoliticization. Technocrats, in turn, perceive the rise of populism as proof of the chaotic nature of democracy and as an incentive to further insulate key policy decisions from the vagaries of an unpredictable electorate. In order to break out of this vicious circle and preserve liberal democracy in the long run as a regime in which free and equal citizens shape their own societies, we will need to find ways to curb the rise of the new technocratic governance regime. In an age, however, in which the technocratic network is encompassing the globe, the revitalisation of politics can no longer simply be a national project. We will, one way or another, have to reinvent liberal democracy also at the supranational level.

Stefan Rummens is Professor of Moral and Political Philosopy at the Institute of Philosophy of KU Leuven (Belgium). He was previously appointed at the Political Science Department of Radboud University Nijmegen (The Netherlands) and was a visiting scholar at the New School for Social Research (New York) and the Goethe-Universität Franfurt-am-Main.