On Tuesday 8 November 2016 Guri Rosén from ARENA presented the paper 'An agent of politicization? The role of the European Parliament in the debate on TTIP'. 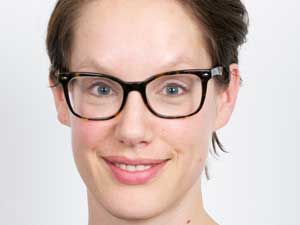 With the Lisbon Treaty, the European Parliament (EP) acquired veto powers over international trade agreements. A main argument against extending the powers of the EP,  was that trade would become increasingly politicized, making it even more difficult to build a coherent EU position. After the Treaty entered into force, the most important negotiations that have taken place are the ones between the EU and the United States. The Transatlantic Trade and Partnership Agreement (TTIP) has been met with unprecedented public attention. The question raised in this paper is to what extent Members of the European Parliament (MEPs) have contributed to politicize the TTIP-negotiations? Using claims-making methodology, it compares news reporting in three different member states and analyses how MEPs participate in their national public debates, what their claims are, and to whom their claims are directed. The study compares coverage both across countries, but also across time, investigating if and how MEPs have contributed to polarizing opinion on TTIP and intensified public debate or rather tried to subdue conflict. Given the variation of resistance to TTIP across the Union, the role of national MEPs in national media debates not only has bearing on EU trade politics, but also on representative democracy at the EU-level.

In February 2015, Guri Rosén started on a postdoctoral project based on a grant from the Norwegian Research Council, titled: From Zero to Hero: Explaining the European Parliament's Influence on EU External Trade Policy.

From 2015-2016, Rosén is based at the University of Gothenburg, at the Centre for European Research (CERGU).