Prof. Michael Keating from the University of Aberdeen will present the paper 'Contesting regions' at the ARENA Tuesday Seminar on 10 May 2016. 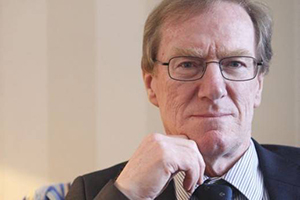 The region is an elusive concept in social science. It cannot be defined objectively according to physical criteria, nor derived from functional imperatives. It is better approached from a constructivist perspective, in which the region is not reified but used as a conceptual tool for understanding aspects of social reality. There are competing conceptualizations of the region, most of which are normatively charged. We can distinguish integrative regions; competitive regions; welfare regions; identity regions; and regions as systems of government. These are constituted through political competition and the balance of social forces. In turn, social and economic interests are themselves refracted at new territorial scales. In recent years, regions have been constructed beyond national space, challenging the primacy of the nation-state in defining and regulating territory.

Michael Keating is Professor of Scottish Politics at the University of Aberdeen. He is also currently director of the  ESRC Centre on Constitutional Change, a consortium of teams from five institutions to examine the issues arising from the Scottish constitutional debate.

He has previously worked at the University of Essex, North Staffordshire Polytechnic, University of Strathclyde, University of Western Ontario, European University Institute in Florence. His interests include European politics, nationalism, public policy, urban and regional politics and society, and social science methodologies.