Prof. Dr. Joachim Blatter from the University of Lucerne presented the paper 'Normative principles for assigning citizenship in a post-Westphalian world' at the ARENA Tuesday Seminar on 19 April 2016. 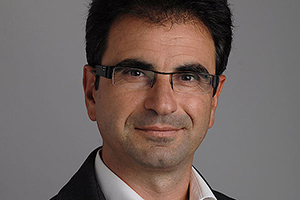 Blatter co-authored the paper with his colleague at the University of Lucerne, Andrea Schlenker.

The search for new forms of citizenship in a post-Westphalian world is often characterized by one-dimensional and dichotomous thinking. We aim to overcome the one-dimensionality by differentiating between spaces or arenas of citizenship on the one hand and normative principles for assigning citizenship statuses and rights on the other hand. When we look for new spaces of citizenship, we overcome the dualism between global/supranational and domestic/national arenas by adding transnational arenas which emerge when national policies and memberships overlap and interact. In respect to normative principles, we argue that neither particularism nor universalism but pluralist thinking leads the way towards promising new forms of citizenship. A pluralist account builds on the concepts of partiality, proportionality and multiplicity in specifying and assessing emerging forms of citizenship.

While the discourse on democratising the supranational arena is torn between globalist and nationalist visions, we argue that supra-national institutions of governance should recognize individual people in addition to (national) peoples as principals/members and that the citizenship rights, practices and identities of individuals should develop in proportion to the governing competences of these institutions. The debate on the emerging forms of citizenship in the domestic arena is also characterized by radical alternatives: some diagnose the emergence of “post-national citizenship” based membership in the universal community of humankind while others fight for the exclusivity of citizenship for the established members of the national community. We argue that states should recognize sedentary individuals and migrants as distinct but equal members and that they should grant immigrants quasi-citizenship and emigrants external citizenship in proportion to their biographical subjection to their laws. Finally, we emphasize that the main demand for new forms of citizenship emerges in the transnational realm. We show that the principles of partiality and proportionality pave the way to pragmatic solutions for the inclusion of external others between the “all subjected” and the “all affected” principles. Finally, we point to dual citizenship as the most promising form of extensive citizenship that offers a realistic opportunity for including the interests/perspectives of external others in the democratic decision-making processes within nation states.

These reflections are summed up in the concluding chapter with a conceptual map that locates the emerging spaces and forms of citizenship in a post-Westphalian world. The map not only provides conceptual orientation and show how the pluralist principles can be applied in different arenas but it makes also clear that some of the most promising (both desirable and realistic) forms of citizenship fall in-between the clear-cut concepts that have dominated the theoretical discourse.

Joachim Blatter is Professor of Political Science at the University of Lucerne.

His research interests include democracy, citizenship and governance, as well as case study methods and Qualitative Comparative Analysis (QCA).