Dr. Holly Snaith from the University of Copenhagen presented the paper 'Re-envisioning crisis: A comparative discourse approach to EU institutional change' at the ARENA Tuesday Seminar on 8 December 2015. 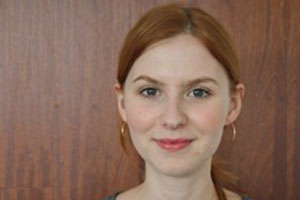 Holly Snaith co-authored the paper with her colleague Ben Rosamond at the University of Copenhagen.

That crises are in part defined as moments of disjuncture which, at the same time, create opportunities for meaningful agency, is well established (Hay 1996). This paper considers the content of 'discourse' and 'rhetoric' (Hay and Rosamond 2002) surrounding two significant ‘crises’ in the history of EU integration – namely the 1970s oil shocks and the more recent global financial crisis – in order to determine the extent to which these events have been contemporarily defined as providing opportunities to act, or simply challenges to the existing order.

The paper provides an analysis of the way in which EU actors have mobilised the idea of ‘crisis’ in order to (a) exert control over endogenous and exogenous destabilising forces, (b) (re)define the EU as an object of both political engagement and academic study, and finally (c) make the case for further expansion and integration (particularly economic integration). In short, crises provide opportunities for the EU to reshape both its internal architecture and its relative position in the global economy, but only to the extent that they are viewed as an opportunity to effect change and not simply as an insurmountable state of flux. The comparative nature of the findings helps to contextualise current discourses around the global financial crisis, in order to evaluate the EU’s previous efforts at global repositioning, and the significance of crisis discourse to these efforts.

Holly Snaith is Assistant Professor at the Department of Political Science, University of Copenhagen.

She completed her PhD with at thesis on the political economy of multi-level governance at the University of Sheffield in 2013. More recently she has become interested in the political economy of ideas, particularly in the intersections between economic theories and territorial governance. Snaith is part of the Eurochallenge project which interrogates the future of the EU in the face of globalised challenges.