On Tuesday 14 October 2014, Nina M. Vestlund presented the paper 'The Quest for Order: Unravelling the relationship between the European Commission and European Union agencies'. 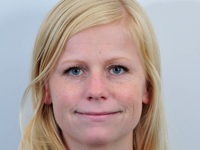 Nina Vestlund has co-authored the paper, which examines the relationship between the European Commission and EU agencies, with colleagues Morten Egeberg and Jarle Trondal.

The paper presents empirical findings showing that a close relationship has developed between the European Commission and EU agencies, supporting a communitarian image of Commission-agency relationships more than the intergovernmental or epistemic images that exists in the literature. The background of the study is the growing role of EU agencies in the EU system and lack of knowledge on how they relate to the other community institutions. In general, EU inter-institutional relationships have received little scholarly attention. In addition, the literature has been dominated by rational-choice perspectives in general and principal-agent approaches in particular.

As an alternative, the authors argue that insights from the organisational perspective can help us understand how a close relationship can develop between the Commission and EU agencies. First, Commission and agency personnel both have EU-level bodies as their primary affiliation. Secondly, Commission and agency personnel share the same executive functions in the EU polity, as they are both in charge of rule implementation and development. Thirdly, the Commission has more and relevant organisational capacity to monitor agencies and incorporate them into its realm. Finally, institutionalised environments may push the Commission and EU agencies into more typical ministry-agency relationships as we know them from the national level.

The study reveals that the EU has developed an ‘agencification policy’ which now seems to be anchored in common understandings and agreements across the EU’s key institutions. The Commission stands out as the driving force behind this policy development, and has given itself a prominent place in the area. Moreover, the Commission has created its own administrative infrastructure within the affected DGs as well as across such DGs in order to follow up its agencification policy in practice.

Concerning practice, the paper demonstrates how the Commission has systematically allocated the agencies among its DGs according to issue area. In an overwhelming majority of cases, the DGs supervise, have regular meetings with, and consider themselves to be parent DGs rather than partners of their respective agencies. It is also quite common for DGs to comment on the annual work programme of ‘their’ agencies, and increasingly so. Finally, it is shown that agency attention is directed significantly more towards the Commission than towards the Council or the EP. In sum, it is argued that agencification may indicate centralization of executive power at the EU level since powers may have been delegated to agencies more often from national governments than from the Commission.

Questions following the presentation focused on why the organisational perspective was chosen as theoretical framework, the explanatory power of the organisational factors that are outlined in the paper and the mechanisms at work leading to a close relationship between the Commission and EU agencies. Critical comments were raised concerning the lack of systematic evaluation of the explanatory factors in the empirical section, as well as the lack of alternative explanatory frameworks. Furthermore, questions were raised in regard to the images on Commission-agency relationship and their relevance, as well as the use of terminology, in particular the use of the concepts ‘communitarian’ and ‘quest’.

Please note that this paper is work in progress and thus has limited distribution, please contact us if you would like access. Do not cite without permission from the authors.

Morten Egeberg and Jarle Trondal are both Professors of Political Science at ARENA.