At the Tuesday seminar on 20 May 2014, Dr. Christopher Bickerton from the University of Cambridge presented a paper on state transformation and the new intergovernmentalism. 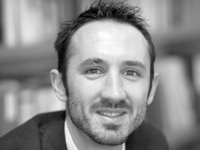 Dr. Christopher Bickerton presented a draft chapter from his forthcoming co-edited book, The New Intergovernmentalism: States, Supranational Institutions and European Integration in the Post-Maastricht Era. In the chapter, entitled 'A Union of Member States: State Transformation and the New Intergovernmentalism', Bickerton focuses on European integration in the post-Maastricht period and argues that integration in this period should not be understood as a process driven by nation states in the traditional sense, but by the actions of member states.

Bickerton developed the concept of member statehood as a distinctive form of state, defined as 'a form of state where power and authority is constituted horizontally rather than vertically, through the participation of national governments in transnational networks of rule.'  Several distinctions between national states and member states were discussed, i.e. their internal organizational arrangements, the modes of political conflict corresponding to each form of state, and their legitimizing discourses. Much of the discussion in the seminar was also centred on the particularities of member statehood and its separation from ‘traditional’ nation states.

Please note that this paper is work in progress and thus has limited distribution, please contact us if you would like access. Do not cite without permission from the Author.