Professor Einar Øverbye from Oslo and Akershus University College presented his paper 'European Welfare Systems 1883-2013: Is "Ever Stronger Integration" a Master Narrative?' at the ARENA Tuesday Seminar on 8 April 2014. 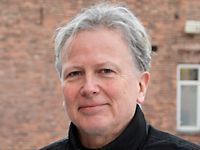 The paper is the first of three papers, where this first part aims to look systematically at the European welfare state systems at a national level from 1883 – 2013. The second paper will analyse potential explanations for the trend described in the first part,  while the third paper will look at consequences.

In this first paper, Professor Øverbye conducts a detailed comparative historical study of welfare systems in different European countries and how they have developed. After setting out clear definitions of the central concepts, in particular of different forms of integrated systems and how they are different from a fragmented system, the author conducts a comparison both of countries and of different social risks and the way they are handled within national welfare systems. Based on the historical examination, he argues that there exists a 'master narrative' of integration in Europe, and that over time the different systems have grown more similar to each other. Generally, this increased similarity has taken the form of a shift from fragmented systems towards coordinated and harmonized systems, perhaps with the exception of occupational schemes which tend to still be quite fragmented. In a final section which sets the stage for the papers to come, the paper briefly discusses whether converging national trajectories could lead to increased EU-level harmonisation of welfare systems. The argument for this is that an outsourcing of service delivery to non-state actors could potentially make welfare services more similar to other services which are traded and regulated within the EU, in addition to the potential harmonization at delivery level that could follow from larger service providers operating in a trans-European manner.

Whether the national narratives could be translated into an EU narrative was brought up also in the discussion following the presentation, as well as particular features of the EU system which could be incorporated in the papers to come.

Einar Øverbye is Professor in Political Science at the Oslo and Akershus University College of Applied Sciences. His subject areas include the EU, welfare, social politics and security. He has published several books and articles on social policy issues.