Professor Sergio Fabbrini presented his latest paper 'After the Euro Crisis: A New Paradigm on the Integration of Europe' at the ARENA Tuesday Seminar on 18 March 2014. 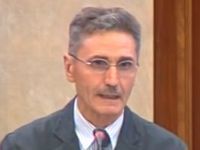 Fabbrini presented a paper which discusses the effect the Euro crisis had and continues to have on the constitutional system of the European Union. He argued that this system was formerly based on three constitutional compromises; firstly, on the compromise between a supranational union and an intergovernmental union; secondly, on the compromise between EMU countries and member states retaining their own national currency; and third, on the compromise within the Euro-area between the centralization of monetary policy by a supranational institution and the decentralization of economic, fiscal and budgetary policies in the member states.

Fabbrini argued that the crisis has called these compromises into question. The EU is facing a constitutional conundrum, as the crisis has upset the balance between supranational and intergovernmental views in favour of the former. The approval of new intergovernmental treaties has made clear the separation of interests between the EMU and the opt-out member states. The voluntary coordination between national governments in dealing with the euro crisis resulted in the formation of a German-French, and then later a German only, directoire within the intergovernmental institutions. Governing through law has been replaced by governance through rules.

Fabbrini, therefore, called for an end to the unitary project of integration and conceptualized the EU as consisting of several Unions. This would shift the paradigm from internal to external differentiation. In this paradigm, there would be a separation between an economic community area and the Euro area. The latter would be transformed into a political union. However, this political union could not become a parliamentary union because of demographic asymmetries and differences in the political culture of the member states, he argued. Instead, this political union should recompose supranational and intergovernmental institutions within the original separation of powers, forming a quadrilateral decision-making system and creating a new form of supranationalism.

Fabbrini concluded by sketching the future of the Union as follows. There would be a shift from a unitary to a multiple union paradigm with a common market open to a wider circle of countries, and the political Euro union deepening its federal character. The basis of the political union would be the current Euro area and would be characterized by independent political authorities governing budgetary and regulatory resources. These political authorities would be organized according to the separation of powers strategy, compounding asymmetric states through a system of separated institutional sharing powers.

The presentation was followed by a lively discussion on issues such as the role of the Commission and European Parliament, the rule-of-law concept, the possibility of a new constitutional treaty and the question of membership to the different unions envisaged by Fabbrini.

Sergio Fabbrini is Director of the Luiss School of Government and Professor of Political Science and International Relations at the University LUISS Guido Carli in Rome. He has been a recurrent professor of Comparative Politics at the Department of Political Science and Institute of Governmental Studies at the University of California at Berkeley since 1996. He has lectured in many countries of Europe, North and South America and Asia, and he is a referee for several academic journals. Fabbrini has published numerous books and hundreds of articles and essays in seven languages in Comparative and European Government and Politics, American Government and Politics, International and Transatlantic Relations and Foreign Policy and Italian Politics and Political Theory.