As the referendum on 23 June approaches, there is a real possibility that a majority of British voters will vote in favour of leaving the European Union. What are the implications of the momentous decision – for Britain and for Europe? These questions were among those discussed at a panel debate organised by ARENA in cooperation with British Politics Society. 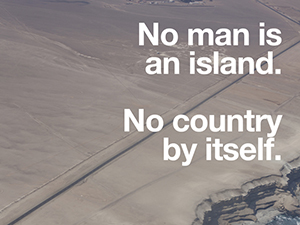 In February, British Prime Minister David Cameron concluded a brief and brisk negotiation process by presenting renewed terms for Britain’s membership of the EU. On 23 June it is time for British voters to state their opinion on the issue. If a majority votes in favour of 'Leave' it will open the door to an uncertain future, but 'Remain' will pose a raft of challenges as well – and not only within the broadly Eurosceptic Conservative party.

John Erik Fossum gave an overview first of the referendum process, then on the possible options for a 'brexited' Britain. He argued that the reality is often more complex than the wording of a referendum, making the outcome unclear even if the wording on the ballot was clear enough. A historical analogy is the 1994 Norwegian referendum on EU membership, where the EEA Agreement was one of the factors making an initially clear yes-no issue ambiguous. It is often said that the No-side won at the day of the referendum, but has lost every day since.

He went on to consider the Norwegian and Swiss models of EU affiliation, and argued that closely affiliated states such as Norway lose both co-determination and self-determination, making non-membership a form of self-imposed hegemony. Fossum argued that it is unclear whether the UK's size is sufficient to upset the weight of this structure. The scope for British exceptionalism remains an open question.

Lastly, Fossum considered possible Norwegian responses if the Brexit referendum actually ends with a British exit from the EU. A Brexited UK is bound to have implications for Norway. Either the UK enters into a separate agreement, which could either marginalise the EEA or lead to a harmonisation between the two, or the UK joins the EEA. This could have profound effects on the EEA Agreement as such, and the question remains, how similar are the interests of the UK and the EEA countries?

England against the rest?

Professor Michael Keating expressed scepticism with the numerous economic calculations within the Brexit debate, because they were all uncertain. He underlined that the debate was very narrowly focused in the sense that it focused on costs and benefits for the UK of staying in the EU but was quite silent on the implications for Europe and what kind of Europe would be desirable. He also brought up the internal relations inside the UK and possible tensions that may arise within the UK if there is a yes vote. It is conceivable that a yes vote could pit England against the other regions because Scotland most likely will vote no to Brexit.

John Todd provided a comparison between the previous UK referendum on EEC membership, which took place in 1975, drawing out three similarities and three differences between the current campaign and its predecessor.

The three similarities he highlighted were the ability of EEC/EU membership to divide political parties, the focus on the economic implications of membership and the continued salience of the issue of sovereignty. In terms of key differences, Todd drew attention first to the different context across the continent, second the rise of populist voices and of the salience of immigration, and third the changed media landscape in the UK.