Norway and the EU. A researchers' assessment

With the Nobel Peace Prize to the European Union as a backdrop, ARENA researchers, in collaboration with 'Partnerforum', will assess recent developments in Europe and question how the Norwegian public administration adapts to the EU. 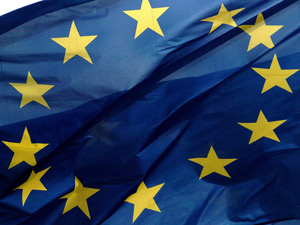 On the 12th of October the Norwegian Nobel Committee announced that the Nobel Peace Prize is to be awarded the European Union (EU). In its announcement the Committee's  is that the union and its forerunners have for over six decades contributed to the advancement of peace and reconciliation, democracy and human rights in Europe.

With the Prize and an European Union in economic and political crisis as a backdrop ARENA in collaboration with 'Partnerforum' welcome you to a breakfast meeting with researchers' views on the EU as a political actor in Europe and the world on the agenda.

The public administration is central in Norway–EU relations. It is essential that Norwegian officials in ministries and agencies have a good knowledge of how the EU develops and what it this means for our country. The fact that the Union is in a economic and political crisis, but at the same time receives the Peace Prize, gives us an opportunity to discuss the EU in a slightly different way: At the intersection between the current developments and some of the long lines of European cooperation.

Welcome to a European breakfast behind the headlines!

Programme and registration (in Norwegian)

'Partnerforum' is a partnership forum in collaboration between the University of Oslo, BI Norwegian Business School and relevant partners in the Norwegian public administration.