CEMES and EURECO - in cooperation with ARENA - holds a symposium on cosmopolitanism in light of the current challenges to European democracy. It invites leading North American scholars to enter a debate with their European colleagues on the future prospects of cosmopolitanism in Europe and the world. 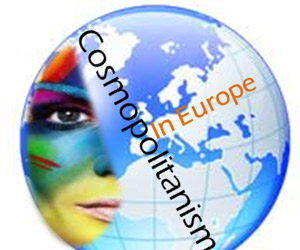 Cosmopolitanism refers to the notion of a society that is open to the world. It is not only a contested concept but the contemporary debate has given rise to many different strands of cosmopolitanism.

Conceptual contestation and ambiguity compound the methodological challenge of properly deciphering the thrust and the actual impact of contemporary cosmopolitanisation processes.

In contemporary Europe, a part of the world that is frequently held up as a cosmopolitan vanguard, these scholarly concerns coincide with an increasingly heated political debate over cosmopolitanism’s future. In Europe the cosmopolitan vision is one of an open society based on rights and justice and respect for difference. This vision is defended by supranational political arrangements that are increasingly identified as part of an elite project that warrants popular resistance. Critical cosmopolitanism faces criticisms not only in intellectual debates but is also facing increasingly intense societal contestation throughout the Western world. Current developments in European integration linked to economic and monetary crisis, populist backlash, Euro-skepticism, islamo-phobia and most recently also rightwing fundamentalism and violence challenge the notion of cosmopolitanisation as an irreversible process.

How do the various expressions of anti-cosmopolitanism manifest themselves in contemporary Europe? How to discern the proper boundaries between cosmopolitanism and reactions to it (‘anti-cosmopolitanism’)? Is there an intrinsic link between Europeanisation and re-nationalisation (which, in fact, occurs simultaneously and is increasingly constraining the development of European integration)? Does cosmopolitanism beget resistance?

This symposium seeks responses from critical social theory on cosmopolitanism in light of the current challenges to European democracy. It invites leading North American scholars to enter a debate with their European colleagues on the future prospects of cosmopolitanism in Europe and the world.

The symposium is part of the PhD course ‘Cosmopolitanism in Europe: Idea and Reality’. It is open to the general public.