As part of the seminar series Exit, Voice, and Loyalty, jointly organised by the Freedom of Expression Foundation and ARENA, Prof. Timothy Garton Ash from Oxford University held the public lecture 'Rethinking Europe'. 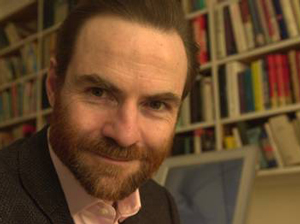 The great drivers of integration

Ash then proposed to look at the great drivers of European integration since the late 1940s and asked where they are now, and whether they have been weakened or have even disappeared?

He argued that the single greatest drive was the personal memory of historic evils and Europe was seen as a way forward. He pointed out, however, that the problem today is that most take the historic achievement of integration for granted or do not see Europe as desirable any longer. This means that the most important driver for integration is diminished or even gone altogether.

In its place we have what Ash calls 'EasyJet Europe' meaning that the ability to travel freely is a given to many Europeans. Today’s generation is not necessarily anti-European but neither is it passionately pro-European.

The second-most important driver was the Cold War. The Soviet Union acted as an external negative integrator and the US as a positive external integrator. However, Europe is now no longer central to the US’ concerns.

The third driver was, until the early 1990s, Germany. The desire to transform from the worst to the best Europeans meant exceptional commitment to Europe. In Post-unification, Ash argues, Germany has turned into a more 'normal' member state, like France or the UK, which pursues its national interests more strongly than in the past.

Scenarios out of the crisis

Thereafter, Ash sketched out five possible scenarios (and their caveats) out of this existential crisis.

Firstly, there could be direct elections of the Commission president. Ash argued, however, that this would do little to seriously change discontented voter minds.

Secondly, there could be a genuine constitutional debate and treaty. Ash argued that it will become essential to explain the system with some sort of constitutional document in the future but not today.

Thirdly, there have been calls for more 'Europe from below'. European citizen movements could inject some spirit, however as he pointed out, one cannot organize Europe from below from above.

Fourthly, the Habermasian notion of a public sphere is an interesting possibility. Ash argued that we have elements of this online but for the wider public media is still nationalist, and that the media has not developed alongside European integration.

Fifth, he stated the need for a new narrative.

Ash concluded that he is left with optimism of the will but pessimism of intellect. In his view, the EU continues to exist as a complex structure but the reality will increasingly be shaped elsewhere.

Senior researcher at ARENA, Cathrine Holst had three comments to Garton Ash’s talk. The first concerned the intellectual and rhetorical climate in which we are to re-think Europe, and especially the role of realism in the current Zeitgeist. The second comment evolved around the extent to which the problem of Europe is one of political leadership. Holst raised the question whether the technical nature of the crisis presented a problem for leaders in finding a way out of the crisis. And finally, she took up the role of public intellectuals and their potentially controversial role in analysing the crisis.

ARENA professor Christopher Lord’s comments included four main points concerning the fiscal compact and its consequences for EU member states. He firstly addressed the issue of coercive rule-making in the context of fiscal discipline. Secondly, Lord pointed out the increasing conditionality of economic self-rule. Thirdly, he highlighted the role of the monetary union in constitutionalizing economic policy. And finally, he pointed out that Eurozone countries have collectivized risk and European bodies having to supervise banks and financial markets. Lord concluded that Europe cannot just be rethought by collectivising and constitutionalising elements of economic policy in sometimes rather coercive ways. Europe also needs to rethink concepts of good neighbourliness, fair co-operation and historic responsibility for shared policies, and past mistakes, in order to find a way forward.

Timothy Garton Ash is professor of European Studies at University of Oxford, author and regular commentator in The Guardian and contributor to The New York Review of Books. His latest publication, Facts are Subversive: Political Writing from a Decade without a Name (2009) is a collection of essays on topics as varied as global warming, European integration, liberalism and geopolitics. He is the director of the Free Speech Debate Project, a research project and online platform for people around the world to discuss what is means to have freedom of expression. Garton Ash is an acute analyst of the changing predicaments of Europe.

Cathrine Holst is senior researcher at ARENA, where she directs the five-year Episto project (Why not epistocracy? Political legitimacy and 'the fact of expertise'). Her main fields of academic interest are political and democratic theory, the philosophy of social science, the role of expertise in the EU, and public debate on Europe, in particular the role of intellectuals. Holst has also worked extensively on feminist theory, gender studies, and gender equality policies in Norway and the EU.

Christopher Lord is professor at ARENA. He has done considerable research on questions of legitimacy, democracy and the European Union, and has published extensively on the topic. Among his recent projects is the development of a democratic audit of the EU. He has also worked on topics such as the history of British relations to the European Communities, EU foreign policy, political economy of monetary union and political parties in the EU.

Freedom of Expression Foundation (Fritt Ord) in collaboration with ARENA.
E-mail this page

The Freedom of Expression Foundation Oslo (Fritt Ord), in cooperation with ARENA, organised two seminars at the House of Literature on the crises of democracy in a series entitled Exit, Voice, and Loyalty