Seminar: Opportunities and constraints of the European Citizens' Initiative

On Tuesday 7 June ARENA's guest researcher Maximilian Conrad will assess the role and potential of the European Citizen's Initiative in the context of his newly published book Bridging the Gap? 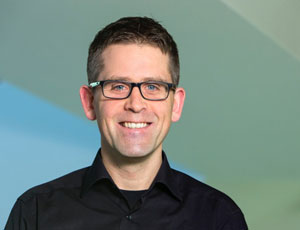 A unique tool as it was meant to be, the European Citizens' Inititave (ECI) started out with high hopes for becoming an instrument of participatory democracy that would allow citizens to "set the agenda". Has the ECI given citizens a voice in Brussels? Is it a recognized instrument by the EU citizens and has it been widely used? What are the main challenges and constraints?

Associate Professor Maximilian Conrad from the University of Iceland will give a presentation of his newly published volume on the European Citizen's Initiative. Conrad is one of the editors of the book and guest researcher at ARENA in June 2016.

Three years after the introduction of the European Citizens‘ Initiative, the present volume offers a critical, but nonetheless cautiously optimistic perspective on the opportunities and constraints of this novel tool of transnational participatory democracy. Bringing together a wide range of ECI researchers, the volume combines theoretical discussions on the nature and contribution of the ECI with empirical perspectives on the experiences of the first initiatives launched since April 2012. The contributions show that the ECI is difficult to place as an instrument of participatory democracy, owing to considerable ambiguity as regards its merely indirect agenda-setting function. More importantly, the ECI has so far only in part been able to fulfill the high expectations held by academics, activists and ECI organizers alike. The conclusions of the volume are, therefore, somewhat ambivalent: while the ECI clearly has significant democratizing potential, the experience of the first three years also points to a considerable need for reform.

Bridging the Gap? Opportunities and Constraints of the European Citizens' Initiative