Intellectuals and the crisis of democracy

As part of the seminar series Exit, Voice, and Loyalty, jointly organised by the Freedom of Expression Foundation and ARENA, Prof. Jeremy Adelman from Princeton University held the public lecture 'Intellectuals and the crisis of democracy in the 20th century: The odyssey of Albert O. Hirschman'. 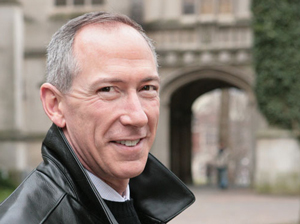 Adelman presented the book Wordly Philosopher, his intellectual biography of the writer and economist Albert O. Hirschman. He talked a little bit about writing the book and the challenge of piecing together the political economist and intellectual historian with a century of struggles.

Hirschman had an eventful life and a remarkable academic career. He was born in Berlin in 1915, and studied at Sorbonne and LSE before he obtained his PhD in economics in Trieste in 1938. He fought in the Spanish Civil War and was part of both the French and the US army during World War II. He held appointments at Columbia, Harvard, and Princeton, and wrote influential books in economics, social sciences, and the history of ideas.

Adelman characterized Hirschman as a pioneer and important social science theorist. Hirschman is perhaps best known for the book Exit, Voice, and Loyalty (1970), which was deeply formed by Hirschman’s own life and experiences as an intellectual in twentieth century Europe. Among other things the book is a strong call for intellectuals to use their voice in times of crisis.

Prof. John Erik Fossum (ARENA) and Prof. Bernt Hagtvet (Department of Political Science) acted as commentators. They both noted the relevance of Hirschman’s life and work to the analysis of crises of democracy, and also how important Hirschman was as a source of inspiration to Stein Rokkan.

‘Entry’ as a fourth category

Building on Stein Rokkan’s application of Hirschman’s framework, Fossum added ‘entry’ as a fourth category and then went on to note that the nation state can be considered as a distinct constellation of exit, entry, voice and loyalty. The framework is useful to the analysis of crisis but also to how crises may be handled and positive changes detected. For one, Fossum argued that this conceptual framework can be unpacked and further developed so as to understand cosmopolitan constellations and cosmopolitanisation processes in more general (see for instance Fossum’s chapter on cosmopolitanism in Rethinking European Democracy, edited by Eriksen/Fossum, 2012).

Jeremy Adelman is professor of History at Princeton University. His most recent book is an intellectual biography of the writer and economist Albert O. Hirschman, titled Worldly Philosopher (2013). Professor Adelman is also the co-author of Worlds Together, Worlds Apart (2008), a history of the world. Adelman is currently working on a book on how intellectuals have grappled with social crises over the past century, from the breakdown of the classical liberal consensus in the aftermath of the First World War to the present.

Bernt Hagtvet is professor of political science at the University of Oslo. His work has mainly focused on issues of political totalitarianism and democracy. His last book is Ideologienes århundre (‘The Century of Ideologies’ 2010). In addition he has co-edited Folkemordenes svarte bok (‘Black book of Genocide’ 2008, second edition expected 2014) and Dreyer Publisher’s book series on totalitarianism (four published books at the time of writing).

John Erik Fossum is professor at ARENA. His main fields of interest include political theory, democracy and constitutionalism in the EU and Canada, europeanisation and transformation of the nation state. Among his recent books are Practices of Interparliamentary Coordination in International Politics (co-editor Ben Crum, 2013), Rethinking Democracy and the European Union (co-editor Erik O. Eriksen, 2012) and The Constitution’s Gift (co-author Agustín J. Menéndez, 2011).

Freedom of Expression Foundation (Fritt Ord) in collaboration with ARENA.
E-mail this page

The Freedom of Expression Foundation Oslo (Fritt Ord), in cooperation with ARENA, organised two seminars at the House of Literature on the crises of democracy in a series entitled Exit, Voice, and Loyalty