Master in International and European Relations Anke Stefanie Schwarzkopf at ARENA Centre for European Studies and the Department of Political Science will defend her PhD thesis Values versus interests? The EU’s approach to multilateral negotiations at the United Nations on 12 May 2022. 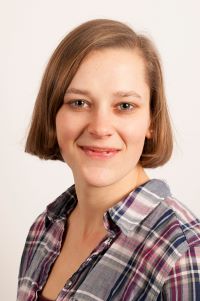 Information about partaking can be found here.

The EU is the only regional organization that has the ambition to pursue a common foreign policy. The EU is not a state, and it is different from other regional actors at the UNGA, owing to its high level of integration. While the EU has increased its foreign policy activities, the EU's ambitions and ability to influence international interactions have been contested. This debate entails also the discussion whether the EU is a normative and value-driven actor, or just hides its interests behind its normative rhetoric.

This thesis aims to identify the characteristics of the EU's negotiation approach in multilateral negotiation processes at the UNGA. It examines to which extent the EU’s normative and value-based aspirations are visible and relevant for the EU's behavior in multilateral interactions. The thesis consists of three articles, which each aim to contribute to the overall research question: What characterizes the EU’s negotiation
approach in multilateral negotiations at the UNGA? While each article stands on its own, the articles complement each other by shedding light on multilateral negotiations in different policy areas at or under the auspices of the UNGA. The three case studies examine the multilateral negotiation processes over the EU’s enhanced observer status in the UNGA; the Arms Trade Treaty; and the Global Compact for Safe, Orderly and Regular Migration. The case studies aim to discover whether the EU adopts a negotiation approach that goes beyond the rational assumption of an interest-driven foreign policy behavior and to what extent the EU's value-based aspirations are reflected in its behavior and in interactions with third countries. The research draws upon the theoretical frameworks of rational choice theory and procedural justice to shed light on the research question.

The thesis suggests that the EU’s inherently different nature is not always reflected in the EU's behavior in multilateral negotiation processes. The EU's behavior can therefore be characterized by an overlap of an interest-based and value-based behavior. The prioritization of self-interests or its values have shown to vary depending on the international context, the policy issue and the specific self-interest of the Union in the negotiation process. At the theoretical level, the research presented in the thesis suggests that rational choice theory cannot fully capture the EU’s behavior, as it is based on assumptions that do not reflect the EU’s capacities and possibilities. Procedural justice provides therefore an additional perspective that helps to
achieve an understanding of the characteristics of the EU's behavior. The combination of rational choice theory and procedural justice provide thereby a richer and more nuanced understanding of the EU’s approach to multilateral negotiations at the UNGA.