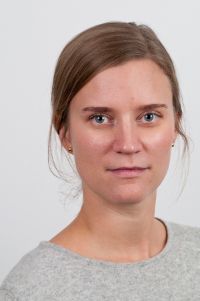 Topic: Can the EU effectively address current challenges to its development policy?

This thesis contributes to the debate regarding the characteristics of the EU’s external policies through an analysis of the EU’s development policy. Whereas the EU has committed to conduct a value-based foreign policy, inter alia by promoting the respect for human rights abroad, values are not always followed consistently. The reason for such inconsistencies is often assumed to be that the EU sets its core values aside when they collide with the Union’s interests. This thesis re-examines this claim.

Drawing on insights from recent constructivist research on the contestation of norms, the thesis argues that it is necessary to redirect the discussion regarding the characteristics of the EU’s external policies away from the stalemate of determining whether interests or normative concerns drive policies. Hypotheses of norm-driven action are often dismissed when norms are not followed consistently. However, just as ‘national interests’ come in different forms and may compete with each other, policy-makers may be confronted with different norms pointing them in different directions.

The thesis contains three research articles that investigates whether norms always yield to interests in the EU’s development policy. The first article reflects on the researcher’s role in determining the characteristics of an actor by discussing the methods we use to determine these characteristics. I identify a selection bias in the literature on the EU’s use of human rights sanctions that has resulted in interest-explanations being over-emphasised. The second article investigates why human rights sanctions were not invoked towards Rwanda in a number of episodes during the last decade. I find that EU policy-makers were confronted with a situation of norm collision. The concern for human rights as well as free and fair elections collided with a concern over the negative impact a sanction  could have on the social and economic conditions in the country. The main reason the EU did not sanction Rwanda should not be linked to interests but rather to norm collision and the choice to follow one of the colliding concerns. In the third article I examine why the so-called like-minded member states were hesitant to participate in the EU’s common policy on donor coordination, despite coordination being an explicit goal for these countries. I find that the like-minded’s scepticism was connected to disagreements with other member states regarding substantive issues in the policy initiative, in particular regarding the extent to which the ownership-principle should be emphasised. Rather than seeking to maintain control over their policies for self-interested reasons I find that they argued over normative principles.

But how can we account for the commitment to norms? This question has so far not fully been explored by second-generation constructivist scholars. In this thesis I propose to do so by drawing on the concept of communicative rationality. Through the exchange of arguments, actors are able to assess the validity of normative claims and decide whether different values should be followed.

The findings in this thesis could be interpreted in line with the idea of the EU as a value-based foreign policy actor. However, the thesis questions the assumption that a commitment to norms is a particular character of the EU’s foreign policy. Norm evaluations are also an important factor in states’ policy-making processes. Hence, there is a need for a broader reconsideration of the basic assumptions underpinning analyses of foreign policy.