M.A. Johanna Strikwerda from ARENA Centre for European Studies and the Department of Political Science will defend her PhD dissertation Integration in the European Union's field of defense and security. 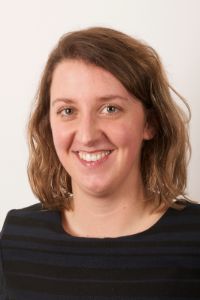 Integration in the European Union’s field of defence and security

To answer the question of why member states accepted policy initiatives from the European Commission in the field of defence and security, two hypotheses are applied. The first, rooted in a rational choice perspective, is that EU member states expected a benefit from these particular initiatives of the Commission. A cost benefit calculation can however not account for the acceptance of policy that is not in the interest of member states. The second hypothesis therefore, following a logic of appropriateness, is that member states accepted these initiatives because their identity as members of the Union created a commitment to follow existing rules.

The core of this dissertation examines three examples of initiatives from the Commission in the field of defence and security that were accepted by member states. Each policy proposal is addressed in a separate article. The first article deals with the first supranational policy in the field of CSDP, the Defence and Security Procurement Directive (2009/81) and studies the acceptance of the Directive in the United Kingdom, France, Sweden, and the Netherlands. These member states did not accept early proposals from the Commission on defence procurement and placed the policy in the hands of the European Defence Agency, an intergovernmental institution. Yet the article finds that these member states eventually accepted the Directive as they wished to follow internal market rules after the Commission reframed the Directive within DG Internal Market and Financial Services. In the second article, the implementation process of the Defence and Security Procurement Directive is examined, during which member states changed their defence-offset policy based on a non-legally binding Guidance Note from the Commission. Analysing the cases of the United Kingdom, the Netherlands and Finland, the article finds that different actors were in charge during the implementation. These actors recognized the authority of the Commission in publishing guidance notes, even when it was not in their interest to do so. The third article deals with the creation of the Preparatory Action on Defence Research (PADR), which introduces a defence research budget at the European level. The question why member states accepted the PADR is posed in light of the Preparatory Action on Security Research (PASR) of 2004-2006, when member states fervently blocked any supranational policy in defence research and prioritized civil research. Examining the Netherlands, France and the UK, the paper finds that these actors expected economic gain from the PADR and therefore accepted the initiative.

The findings of this dissertation highlight a new and different number of actors involved in defence policy making, in particular civil servants at the national level. In addition, the findings highlight the importance of the framing of Commission proposals in light of existing regulations, which made that member state actors found it their duty to follow existing norms, also in the field of defence and security. Overall, these findings enhance knowledge of the nature of integration in the field of defence and security, through a broad and in depth investigation of several EU member states. The focus on the member states is hence a unique contribution in aiming to understand why these initiatives in this policy field were accepted by member states. This thesis challenges established assumptions of defence and security policy remaining the prerogative of the state, or that states strategically use their EU membership to their interest.