The European Union - between Scylla and Charybdis? 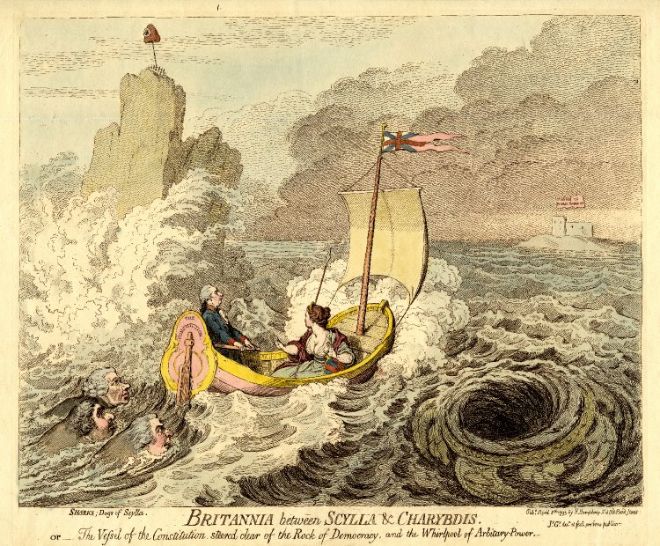 It is widely held that the post-war liberal order that heralded in an international regime bent on promoting human rights, peaceful co-existence and free trade is facing unprecedented challenges. One set of challenges emanates ‘from within’ and pertains to the manner in which the rise of neo-liberal economic globalism has emptied out space for human rights and democracy and is instead fostering technocracy and rights of corporations. Another set of challenges emanates ‘from without’ through various forms of populist-driven ethno-nationalist resurgence.

The Trump presidency and its insistence on America First has sparked grave concerns as to whether the United States – historically one of the main pillars of the post-war liberal order - will continue to sustain this. Trump has held up immigrants and asylum seekers as security threats. Fear of terrorism and hostility to Islam are drawn on to actively foster securitization and are intrinsic to a nationalist reaction that engulfs most of the West. The Brexiteers are typically divided along these lines, with the Farage wing stressing nationalism and anti-immigration, and the Johnson wing stressing open international trade unencumbered by social and environmental regulations. The post-war liberal human rights based order is thus faced with the Scylla of ‘internal’ threats from a de-politicizing economic neo-liberalism and the Charybdis of ‘external’ threats from re-politicizing nationalist and securitizing reactions.

This conference will discuss these challenges with explicit reference to the European Union (EU). The EU faces a range of existential threats and has since 2008 gone through a significant structural mutation. We are particularly interested in the agents of transformation; the implications for the European Union as a system of governing; and the prospects for constitutional democracy in Europe.

There is a curious transnational character to the nationalist reactions that requires explicit attention. What is the EU’s role – is it a mere recipient, or might it also precipitate such reactions? What is the nature of the EU’s structural mutation? How has that affected its governing ability and legitimacy? One aspect of the structural mutation is a hardening of governance, a pattern of de-constitutionalization, and increased technocracy. Do we witness new forms of governing that represent new constellations of politics and administration? A case in point is what we will term the rise of the pseudocrat and pseudocracy that refers to a particular combination of politics and expertise.

What is the relationship between these EU structural transformations – technocracy – and populist reactions? How to understand populism?

The role of media appears to be janus-faced - it might be helping to foster populism, and it might serve to hold populism accountable. The media may undercut as well as underwrite democracy.

Participation by invitation only.

ARENA, Integration and division: Towards a segmented Europe? (EuroDiv) and Department of Private Law, University of Oslo
E-mail this page

This conference is organised as a part of Integration and division: Towards a segmented Europe? (EuroDiv)

Report from the conference 'The European Union - between Scylla and Charybdis?'