On 13 January 2017 Agustín J. Menéndez and Espen D. H. Olsen convened a workshop on European citizenship in light of the refugee crisis. 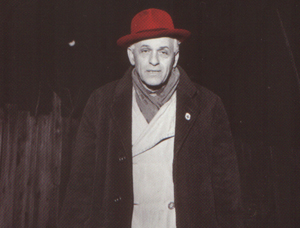 The refugee crisis is the latest in a series of crises that have hit Europe and the European Union. Often taken to be a crisis of institutions and management, it is also a crisis of real people ‘on the ground’ of European politics, both citizens and refugees alike. At the same time, the member states of the European Union have experienced a surge in calls for 'renationalisation' and a move back to more pronounced notions of national citizenship. The handling of the Eurocrisis and the reforms of national economies that followed in its wake have revealed a crisis of representation and increased discontent with politics 'beyond the nation-state'. Once seen as part of the democratic solution, European citizenship is now increasingly seen as a part of the problem.

Under the title 'Who is the European citizen? Who is the refugee? Personal statuses between globalisation, Europeanisation and the refugee crisis' this workshop critically discussed the current relationship between citizenship and European integration.

The participants addressed two sets of inter-related challenges. The first set of interventions probed and critically discussed how European integration has impacted conceptions of citizenship in a political and legal sense. The second set of interventions drew attention to how the conceptualization of European citizenship has impacted on the definition of the other personal statuses in European law with a particular emphasis on the definition of European and national asylum policy.

The workshop is organised as part of the EuroDiv project (Integration and division: Towards a segmented Europe?)