EuroDiv Conference: Towards a Differentiated Europe

In Oslo on 18 and 19 May, this conference discussed the current internal dynamics in the EU, the different models of partnership with the EU and the future of Norway-EU relations. 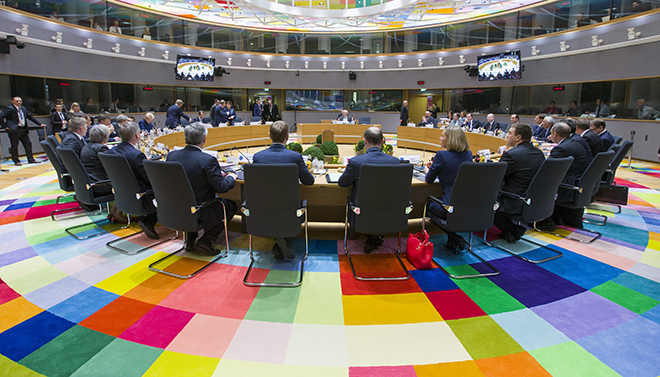 The UK vote on its EU membership shook up the political and academic debate – regardless of whether and in which form the British will ultimately leave the Union. The referendum follows a series of persisting, some might even say existential, crises the EU has been facing for several years. The pronounced need for action has led to new dynamics within the EU. The Bratislava summit of the EU27 in 2016 represents a first attempt to tackle the current challenges. In the same vein, the Brexit vote has put a new focus on differentiation and alternative forms of partnership with the EU onto the political and academic agenda. Which concepts of close cooperation do exist beyond membership? Have existing models proven themselves? How are the EU’s semi-integrated neighbours affected by the current developments?

The conference jointly organised by COMOS, CETEUS and ARENA will throw light on the current political developments and academic debates. In three thematic panels, the conference will discuss

1) the current internal dynamics in the EU

2) the different models of partnership with the EU, and

3) the future of Norway-EU relations.

With the conference taking place in Oslo, the organising committee will seize on the opportunity to integrate a practitioner’s perspective into the debate, for instance by inviting a representative of the Norwegian Ministry of Foreign Affairs as a key note speaker. The conference will gather both senior scholars and up-and-coming academics from diverse backgrounds to Oslo. Beyond the academic exchange and debate, the event will serve to foster the academic network in the area of EU studies among scholars based in the EU and in Norway, and to strengthen the links to relevant scientific institutions in Oslo.

This conference is organised as a part of Integration and division: Towards a segmented Europe? (EuroDiv)