The ARENA-coordinated H2020-funded PLATO project's kick-off conference will take place in Oslo on 16-20 October 2017. It will bring together all partners for academic discussions and social networking. 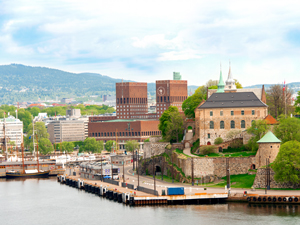 The 15 PhD candidates recruited as part of PLATO will start on 1 Sep/Oct 2017, and will get a first chance to meet as a group at the project's kick-off conference. The networking event will gather all 20 partners; the nine recruiting university partners as well as the eleven training partners which contribute to the project's training programme.

Further details on the programme are available on the PLATO website

The Post-Crisis Legitimacy of the European Union (PLATO) is an EU-funded PhD network coordinated by Prof. Chris Lord at ARENA. It brings together nine university partners from across Europe to recruit a group of 15 PhD researchers to undertake a common multidisciplinary investigation into the EU's responses to the financial crisis, which has raised new questions about the EU's legitimacy.