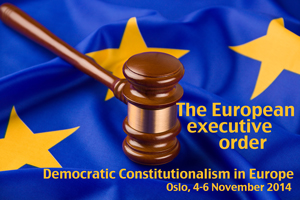 The aim of the second topic of administrative integration is to (1) map and explain behaviour within national agencies (e.g. what is the relative importance of ‘steering signals’ originating from national ministries, EU-level bodies, international organizations and ‘sister agencies’ in other countries?) and the role of transnational regulatory networks in this respect; (2) investigate if more ‘direct’ implementation of EU policies leads to more harmonized practices across Europe; and (3) to what extent and how various implementation structures that span levels of governance become institutionalized practices, and their robustness in times of crisis.

Finally, the workshop aims to map and explain change and effects of co-existing orders, such as bilateral diplomacy, international organizations and EU bodies: under what conditions will a new order layer upon, or replace, existing orders? How do co-existing orders impact on governance (processes) and accountability relationships?

Representing whom and what? Member states' representatives in EU agencies
Michael Buess, University of Lucerne

The Janus face of agency autonomy in the European Union
Eva Ruffing, University of Hannover

Redundancy in multilevel energy governance: Why (and when) regulatory overlap can be valuable
Martijn Groenleer, Delft University of Technology

How consensual is comitology?
Joan Pere Plaza I Font, Autonomous University of Barcelona (with R. Dehousse and A. Fernandez-Pasarin)

Autonomy and control of EU agencies in the context of multi-level governance (with E. Ongaro)
Koen Verhoest, University of Antwerp and University of Leuven