As part of the Bicentennial Celebration of the Norwegian Constitution in 2014, ARENA will stage a broad multidisciplinary conference on the implications of the European integration process on the nation states, and in particular on Norwegian constitutional democracy. 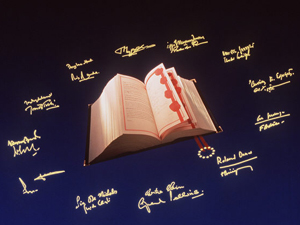 The Treaty on European Union, signed in Maastricht in 1992 (Photo: EU)

The bicentennial celebration of the Norwegian Constitution in 2014 prompted the Norwegian Parliament to launch a major research program, through the Norwegian Research Council, aimed at investigating the societal, economic and political conditions for the development and flourishing of constitutional democracy.

ARENA has been running one of the projects stemming from that call, under the label The Norwegian Constitution in a Changing European Context (NORCONE). We have considered the nature of democratic constitutionalism in today’s Europe and evaluated how European and global developments shape constitutional democracy in Norway.

The present conference is the major and concluding event of the NORCONE project. By holding it on 4 November, a date which marks the bicentennial of Norway’s accession to Union with Sweden, we want to highlight how important the relationships with the external world are in the shaping of all states, and in particular, Norway, as democratic states.

What is the state of democratic constitutionalism in the world, but very particularly, in Europe?

The multifaceted and profound crisis that has hit Europe since 2007 has led to rapid and deep changes in European constitutional law, both at the supranational and the national level. It has brought forth a deeper existential dimension which brings up the question of the very viability of Europe as a site for sustainable constitutional democracy. As an intrinsic part of that, the very viability of European states as social and democratic States of Law (Rechtsstaaten) has come under heavy scrutiny. The crisis has brought into full flourish the question as to whether there is a future for the social and democratic Rechtsstaat in Europe.

Does further integration offer any such assurance? Or have we reached another historical cul de sac in which we have to reconsider the relationship between democracy and integration? What kind of European constitutional law is needed to rescue both the EU and its member states from the present predicament? What kind of relationship between the individual and his/her political community, between regions, nations and Europe is to be constituted to ensure sustainable democracy in Europe? Can democracy flourish if the Union is reduced to a mere facilitator of economic competition? What kinds of duties are required to attach citizens to a Union that is considered viable and legitimate by its respective citizens? Can the three critical components of democracy, integration and monetary union be kept together, or is it impossible under present institutional conditions?

The conference places particular emphasis on combining theoretically informed and empirically grounded assessments of the status of constitutional democracy in Europe, and the implications for Norway. To that end, the conference includes normative debates coupled with empirical investigations of a broad range of institutional spheres and issue areas.

The first day of the conference is devoted to plenary presentations and a panel debate at Blindern campus, as well as an afternoon political debate at the House of Literature in downtown Oslo. These events are open for all upon registration. The second and third days are devoted to four parallel workshops, linked to the EuroDiv project (Integration and division: Towards a segmented Europe?) with restricted participation.

Part I: What form of democracy is possible in today’s Europe?

Part II: Panel debate: Is the EU the only game in town?