The European Union has entered the fifth year of a profound existential crisis. What started as an American financial crisis has come to question the very existence of the European Union, and indeed, has revived secessionist tendencies in several of its Member States (in particular Spain and the United Kingdom). Why is this? What is the present status of crisis? The multiple crises facing the European Union speak to the need for radically rethinking the European Union and the way in which decision-makers, intellectuals, scholars, and the public approach it. 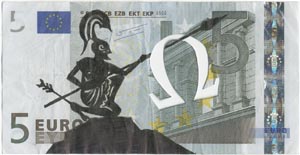 This academic conference aims at engaging in such rethinking by addressing the following questions:

(1)          What kind of crisis is Europe presently going through? We need to move from general and imprecise talk of crisis to the specification of its nature and various facets; thus focus on a multitude of crises: economic, financial, fiscal, macroeconomic, political and democratic.

(2)          How did the crises come about? Crises come about suddenly but are often the result of long-term processes. The subprime crisis, important and meaningful no doubt, mainly exhibited and helped to trigger a series of structural weaknesses that explain the depth and breadth of the crises. They render clear why the European Union was so deeply affected, indeed more deeply than other polities that at first sight should have been worse hit, such as the United States.

(3)          What has Europe done to govern the crises? The EU has taken a large number of policy decisions and instituted structural reforms at the European level to govern the crises. Many of them are stop-gap measures to deal with emergencies and contingencies. What is the general thrust of these measures? Are they mere situational responses or do they fit into a deeper more systematic pattern?

(4)          How have the crises transformed the European Union? The repertoire of decisions taken to govern the crises has been presented as exceptional and as a range of temporary measures. What impact have they had thus far and what impact are they likely to have in the mid- and long-term? What structural changes do they represent for the Union? How are they transforming the deep constitution of the European Union?

(5)          How should the European Union deal with the crises? The more the Union does, the less it seems to achieve. There is a growing realisation of the need to do something very different than has been done up to now. But what? Can the Union be mended within the present Treaty framework? Is there any chance for a European constitutional moment? What of national constitutional resistance in the name of the core values of the European social and democratic state, the state of the welfare state and the collective rights of citizens?

(6)          Is there a future for the European Union? Or will the present institutional embodiment of European integration perpetuate a situation of crisis?

Session 1: Which and whose crises? Conceptualising the crisis (Chair: Erik Oddvar Eriksen)

Session 2: How did we get there? (Chair: Agustín José Menéndez)

Session 3: How has the crisis changed the European Union? Crisis government as a vehicle of constitutional mutation (Chair: John Erik Fossum)

Session 4: Does the European Union have a future? Is that future compatible with the democratic political project of European integration? (Chair: Erik Oddvar Eriksen)

Read a summary from the event here

Full programme of the workshop (pdf)