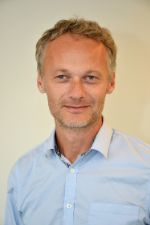 Trondal has a doctoral degree from University of Oslo, ARENA (2001). His thesis dealt with the administrative integration of EU institutions and domestic public administration through EU committees.

He is currently Professor in public administration at University of Agder and at ARENA.

2010-present: Programme Director of the PhD Programme in Public Administration, University of Agder

Jarle Trondal has previously participated in Norwegian Research Council-funded projects NORCONE - The Norwegian Constitution in a Changing European Context, and EuroTrans - The Transformation and Sustainability of the European Political Order.

At the University of Agder, Jarle Trondal has previously coordinated the Norwegian Research Council funded project DISC – Dynamics of International Executive Institutions and he is currently coordinating the project COMPOL – The Rise of Common Political Order – financed by the basic research grant from Ugland Industries.