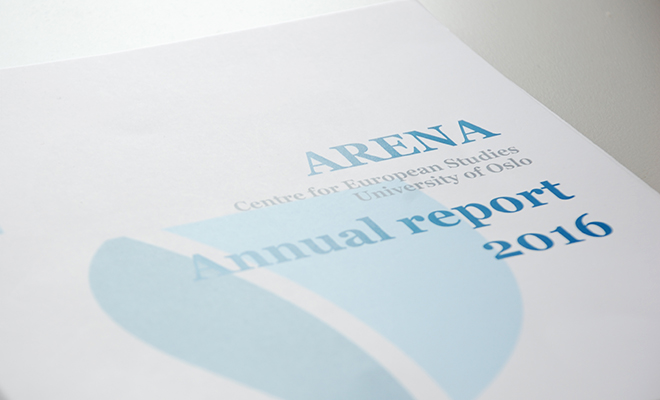 In the year of Brexit, the need for thorough research on the European order was as pressing as ever. ARENA researchers were active participants in the public and academic debate throughout the year.

Through not only academic publications but also media appearances, op-eds, blog posts, and more, ARENA contributed to our understanding of the changing European order.

The GLOBUS project was launched with a large kick-off conference in Oslo in June. The project is funded by Horizon 2020 and aims to critically examine the EU's contribution to global justice. Helene Sjursen coordinates the project, which brings together researchers from eight partner universities around the globe.

The Research Council of Norway-funded project EUREX also started up in 2016. This project is led by Cathrine Holst and Johan Christensen and deals with scientific expertise in Norwegian public inquiry commissions (NOUs).

REFLEX is also funded by the Norwegian Research Council and launched in 2016. It examines the tension between expertise and democracy in European agencies. Erik O. Eriksen leads the project.